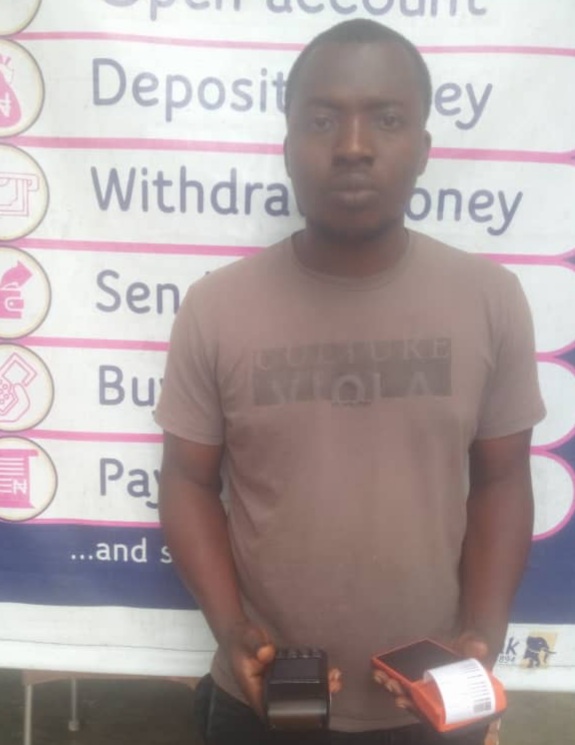 A Point of Sale (POS) operator, Mr. Aboyowa Kelly Ajatiton, has called on government and relevant security agencies to prevail on the Managemwnt of Guaranty Trust Bank (GTB) to obey a Federal High Court judgement delivered in Warri, Delta State, ordering the bank to unfreeze his account.

Ajatiton made the call when he visited the Nigeria Union of Journalists (NUJ) Warri Correspondents ChapelPress Centre, Warri, Delta State, to appeal to Journalists to help him cry out to the world against the injustice being meted on him by Guaranty Trust Bank.

He said that the visit to the NUJ Warri Correspondents Chapel Press Centre, became inevitable following unfruitful several visits to the Warri Branch of Guaranty Trust Trust to comply with the Court order, adding that he was yet to come to terms why the bank has blatantly refused to unfreeze his bank account despite a Federal High Court judgement in Warri to do so.

Presenting a certified copy of the judgement to newsmen, a Federal High Court, sitting in Warri, Delta State, presided over by His Lordship, Hon. Justice Emeka Nwite in Suit No.FHC/WR/CS/64/2020 delivered judgment in favour of Mr. Ajatiton who went to court to seek redress.

Aboyowa, had dragged the Economic and Financial Crime Commission (EFCC) and Guaranty Trust Bank to court as 1st and 2nd respondents respectively, to seek an order of “This Honourable Court directing the 2nd Respondent to unfreeze and/or remove the restriction placed on the Applicant’s Guaranty Trust Bank Plc Bank Account Number: 0208877067 And for such further order or other orders as this Honourable Court may deem fit to make in the circumstances. ”

He prayed the court through his legal counsel to determine whether the “Respondentshas the mandate to investigate the allegation which resulted to criminal investigation against the applicant and whether this Honourable Court can restrain the Respondent from performing her statutory. Whether in the course of investigation the 1st Respondent is empowered by law to place the Applicant’s bank account to caution.”

“I hereby make an order of this Honourable court directing the 2nd Respondent to unfreeze and or remove the restriction placed on the Applicant’s Guaranty Trust Bank Plc bank account Number:0208877067.”

It was learnt that Ajatiton in the course of doing business in 2019, one Shanumi Praise who is known to him transferred the sum of N600.000.00 (Six Hundred Thousand Naira) to his Guaranty Trust Bank Plc Bank Account Number:0208877067.

He gave the said Shanumi Praise cash equivalent of the transfer he made in line with operational code of ethics of the business for which he collected his charges.

Sometimes after his transaction with Shanumi Praise, he noticed his said Bank Account was blocked from being used or that the account was frozen.

He (Ajatiton) approached GTB along Airport Road in Effurun, near Warri to find out why his account was frozen only for him to be detained by the bank and later handed over to the police based on a petition written against Shanumi Praise over some alleged criminal offences against Deluxury Bougique and to Wit: Fraudulent online activities

Mr. Aboyowa Kelly Ajatiton who spoke with newsmen said it was as a result the frozen account that led him to approach a court of competent jurisdiction to seek redress.

“I went to court to seek redress and since the court did not find me wanting, it it imperative that GTB unfreeze my account. I can longer feed neither do business. That is my main account that I am using to do business. If I wait after this publication and nothing is done, I will go back to court for enforcement.”

“The press is the last hope of the common man that is the reason I am here and I want you people to help call on government an relevant security agencies to look into this matter and prevail onGTB to obey the Court order and unfreeze my account.”