The Nigerian Gas Company (NGC) Limited, a subsidiary of the Nigerian National Petroleum Corporation (NNPC), on Thursday, handed over starter packs to forty women drawn from its host communities in Asset Management North, covering Kogi and Edo States, as the company expressed determination to build strong relationship with host communities

NGC made the disclosure at a handover of starter packs ceremony to the participants of it’s Women Empowerment Programme, held at Top Rank Hotel Galaxy, Abuja.

The women who were trained in 2016 but were not given their starter packs due to some logistics, were trained in makeup artistry, fashion and design, computer, catering and hair dressing. 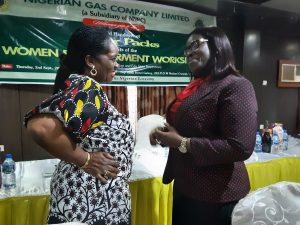 Engr. Omotowa who was represented by the Executive Director, Support Services NGC, Mrs Uche Ossai said, NGC, as a responsible and responsive organization, were committed to building a strong and long-term relationship with its host communities.

“Our Corporate Social Responsibility initiative prioritizes their well-being, and it is for this reason we have gathered here today.

“It can be recalled by Participants here that an empowerment workshop was organized in 2016, where you were all in attendance and trained in different vocations such as fashion and design, computer, catering, hair dressing and makeup artistry.MD NGC Engr. Seyi Omotowa,  represented by

“A total of 40 Women between the age bracket of 20-40 years were selected from the communities by their community leaders and trained.

“The delivery of these starter packs to you today demonstrates NGC’s dedication to delivering on its promises, notwithstanding the time lag caused by budgetary restrictions and internal restructuring. I implore you to make the best possible use of the materials provided to you today to financially empower yourself,” Engr. Omotowa stated.

Engr. Omotowa added that, “On our part as a Company, we shall continue to solicit for your co-operation and assistance in the maintenance of peace in order to support our business growth aspirations for the benefit of our people in this community and Nigerians generally.” 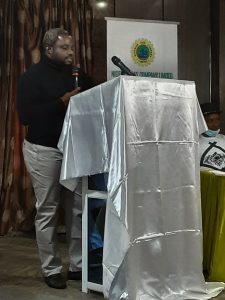 He appreciated the traditional rulers, Community leadership and the participants for their patience and understanding, stressing that it has further strengthened the existing cordial relationship with NGC and its host communities.

“On our part as a Company, we shall continue to solicit for your co-operation and assistance in the maintenance of peace in order to support our business growth aspirations for the benefit of our people in this community and Nigerians generally,” Engr. Omotowa stressed.
The Group Manager, Group Public Affairs Division, NNPC, Dr. Kennie Obateru who was represented by the Deputy Manager, Community Impact Investment, Mrs. Helen Nkwo, appreciated NGC for her outstanding disposition in meeting the commitments with host communities urging the company to sustain the tempo. 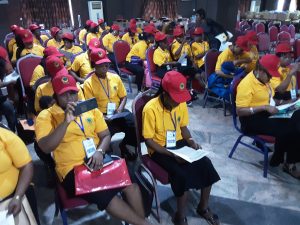 While charging traditional rulers and community leaders to assiduously uphold the prevailing peace in their various domains, he admonished the beneficiaries to maximally put to judicious use the starter packs to the benefit of society.

The traditional ruler of Ugbekpe-Ekperi in Edo State who was represented by Idaewor Simeon, commended NGC for fulfilling its promises to the people of its host communities.

The Olu-Apata of Apata in Lokoja, Kogi State, His Royal Highness(Dr,) Frederick Balogun JP also appreciated NGC for the handover of the starter packs to the beneficiaries. He also solicited the cooperation of other traditional rulers and community leaders in ensuring that peace exists in their domain for NGC to thrive in their businesses.

Chief Berida Ibitomola who represented HRH. Bajana of Obajana Kingdom in Kogi State, thanked NGC for the goodwill to its host community and the beneficiaries just as he prayed God Almighy to strengthen the company to do more.

He also implored NGC to extend its hand of fellowship to the less privileged within its catchment areas.

The Ohi of Ajaokuta Local Government Area and Chairman of Traditional Council of Chiefs, HRH. Madaki of Central Community , Ajaokuta, who was represented by Sheidu Ibrahim also commended NGC for fulfilling its promises and prayed God to bless and guide members of the NGC Management.

Anakwu Aminatu from Ugbeke-Ekperi Community, Edo State who spoke on behalf of the beneficiaries thanked NGC for fulfilling its promises by providing them with the starter packs. He promised that they will put the starter packs handed over to them into good use.