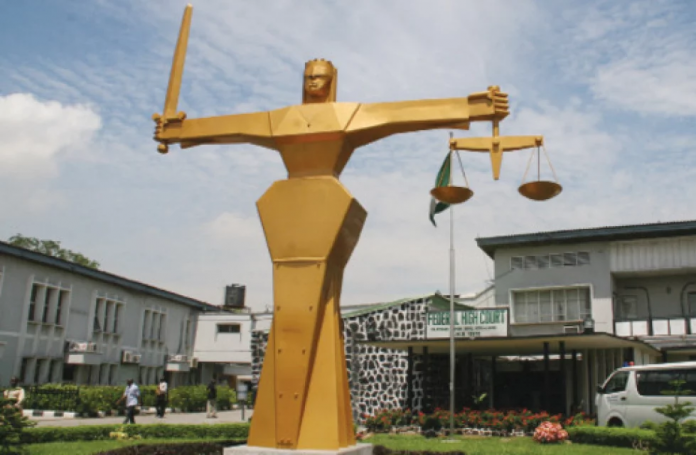 Obarisiagbon was docked for allegedly defrauding a customer to a tune of N46.4 million.

At the commencement of proceedings, Odjugo struck out the names of other three defendants on the charge sheet Number:
ME/77C/2021 following the submission made by the prosecuting counsel, SP Vincent Orawemen, Esq.

The suspect appeared on a six-count charge bordering on offences of conspiracy, stealing, forgery, falsification of documents, personating and fraud.

He pleaded not guilty to all the counts.

Obarisiagbon a staff of a new generation bank located at Effurun, near Warri was accused of conspiracy and stealing the said sum of money belonging to Wellington Hotel Ltd, Effurun.

The prosecuting counsel, Orarumen told the court that the suspect and others now at large committed the offence between December 2015 and Nov. 30, 2016.

However, the defense counsel, Sanchez Agumor made an oral application for bail on behalf of his client which was consequently granted.

The bail was granted on the conditions that the accused should produce two sureties, one of them a banker; while the other a businessman and N15 million in like sum.

Furthermore, the businessman must have a landed property within the Court’s jurisdiction.