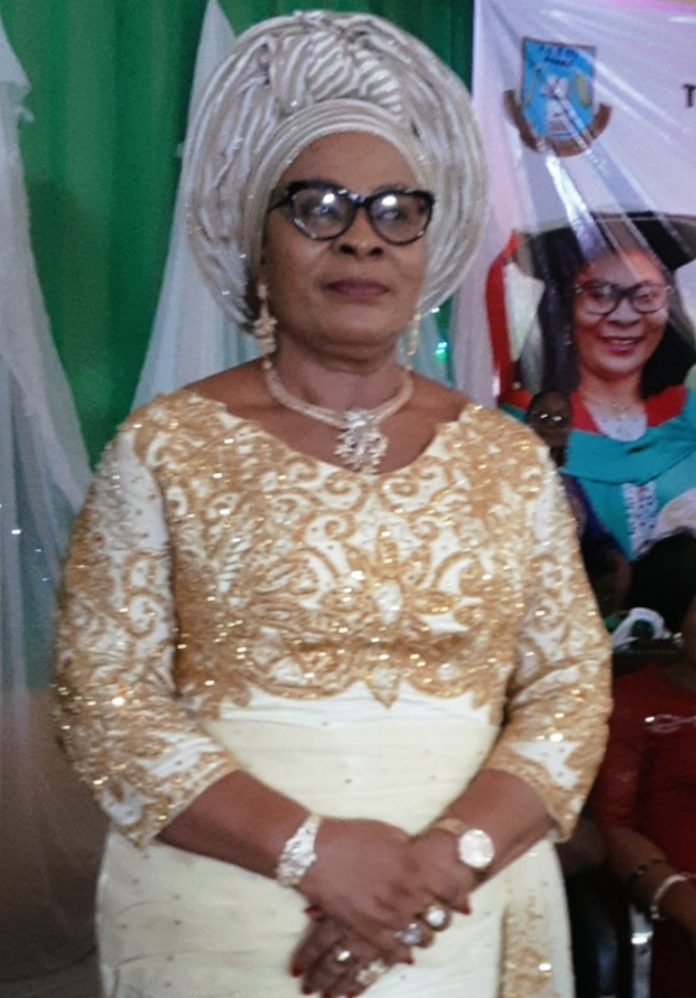 The Provost, Federal College of Education (Technical) Asaba, , Delta State, Dr (Mrs) Josephine Anene-Okeakwa, has said that her appointment as the Provost of the college was divine as she never lobbied for it.

Dr Anene-Okeakwa made the disclosure while speaking on the occasion of the 3rd year anniversary as Provost, organised by the Directorate of Consultancy Services, Federal College Of Education (Technical), Asaba, held at the Main Auditorium of the institution. 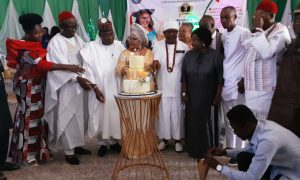 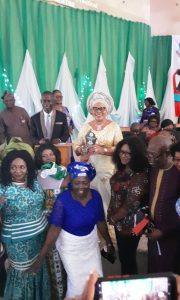 The several award winning Provost who narrated the story of her humble beginning as a pretty trader while growing up at the popular Ogbe-Ogonogo Market in the capital city of Asaba, gave glory to God Almighty who according to her took her from the dungeon to a place of honour.

“I am what I am today because of God. I cannot share His glory with any man. If you don’t know God, better know him now He is the one that made my appointment possible for I never thought I will be Provost any day and I never lobbied for it. I was only working hard and putting in my best because I love working hard not to impress anybody because that is the stuff I am made of.”

“What God cannot give me no one can give. You can only help when God has approve of it. Who am I to stand before the mammoth crowd. I was a garri seller, orange seller. I sold pap (akamu) and today I am a Provost. There prize for hard work. There is prize for patience and there is great reward for dedication to duty.” 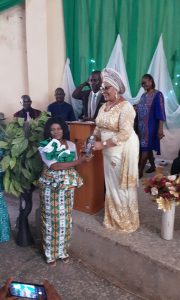 “I know I may have stepped on toes in the course of carrying out my administrative responsibility as Provost of this college, it was not intended to hurt or punish anybody. Please when I correct you, don’t be angry because it is he who loves you that can correct you. As a daughter of the soil, I will do everything within my powers to positively impact on the college and will not also tolerate any step intended to ridicule the institution. ”

Dr Anene-Okeakwa who came to the college as a youth corper in the early 90s and pioneered the Home Economics Department, charged management and staff to redouble their efforts to the service of the college, stressing that every iota of positive effort put in by staff will be highly appreciated.

She expressed gratitude to the Chairman of Governing Council of the College, Prof Kabiru Ishyaku, for his fatherly role and immense support which according to her translated into the monumental achievements recorded in her three years in office.

In the same vein, she thanked management, staff and students of the college for their show of love, understanding and cooperation, just as she shared them not to relent in the team work that has kept the college going. 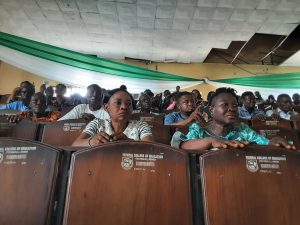 Also speaking at the auspicious gathering, the Chief Host and Chairman, Governing Council FCE(T), Asaba, Prof. Kabiru Ishyaku, commended the Provost for her doggedness and steadfastness which according to him was the result of the day’s celebration. He charged the Provost not to rest on her oas but continue to thrive towards the upliftment of the college and society at large.

The immediate past Provost of the College, Dr. Nwanze Ignatius Ezoem, congratulated Dr. Anene-Okeakwa on her successful three years of efficient, proactive and effective leadership of the the great citadel of learning, adding that despite the economic challenges in the nation, she have taken Federal College of Education (Technical), Asaba to another level. 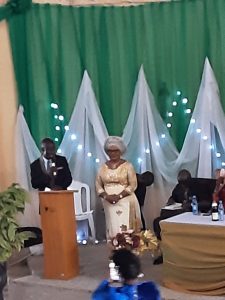 “Indeed, without mincing words , your three years tenure as Chief Executive and Provost of FCE(T), Asaba, promoted and sustained a good working relationship among staff, absolute peace within the students and cordial relationship between the college and the community/public. Also within these three years, you have raised structures such as new ICT Complex, Hostels to mention but a few.”