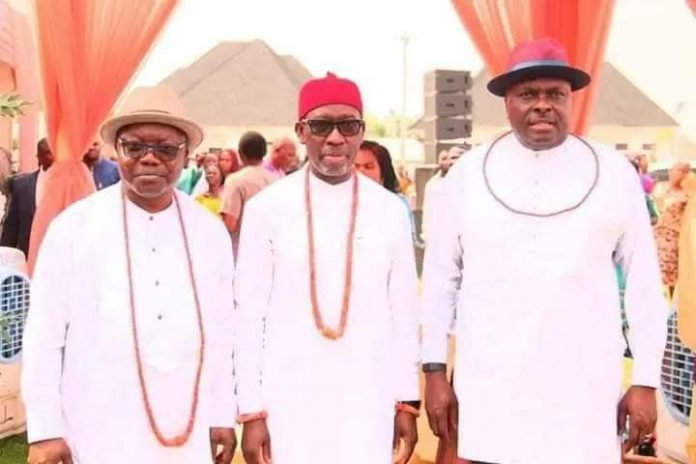 The yearnings of majority of Deltans and the entire structures of the Peoples Democratic Party, PDP, in Delta State, is for the two past governors and the incumbent, Senator Dr Ifeanyi Arthur Okowa, Chief James Onanefe Ibori and Dr Emmanuel Uduaghan, to be SHERIFFIED and have their official and private residences painted YELLOW, anytime soon.

Feelers from the three Senatorial Districts and across 25 local government areas of the State, is to the effect that since the state has gone YELLOW and fully SHERIFFIED, it is only fair, politically expedient and ideal for the trio of leaders and political astronauts; Okowa, Ibori and Uduaghan to accept and align with the choice of the vast majority of Deltans and join the bandwagon of the ongoing SHERIFFICATION of the entire state before the Governorship primaries on 21st May, 2022. 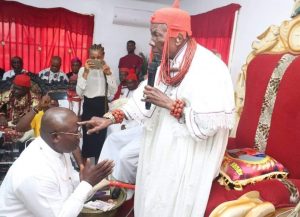 The purport of their yearnings is premised on the fact that politics is a game of numbers and available evidence points to the fact that Rt Hon Sheriff Oborevwori, is the Peoples choice for 2023 and therefore, the three leaders who are the symbol of the party in the state must of a necessity go the way of the majority of their party faithfuls who have been SHERIFFIED, coupled with the numerous massive endorsements in favour of Oborevwori.

Reliable top party sources who does not want their names mentioned confirmed that the three leaders; Okowa, Ibori and Uduaghan may soon be SHERIFFIED to ensure that the M.O.R.E agenda of the incoming governor, Rt Hon Sheriff Oborevwori becomes the adopted blueprint for all Deltans. It focuses on Meaningful Development, Opportunity for All Deltans, Realistic Reforms and enhanced Peace, Security and unity in the state. 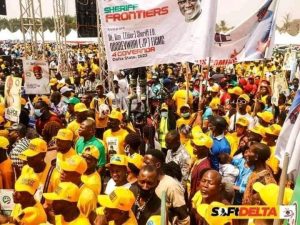 As a Unifier, it is the strong believed by majority of party faithfuls, delegates and leaders that Oborevwori will do more for Deltans because of his detribalised nature and Pan Deltan disposition, needed at this time to raise the stake of good governance and to build on the monumental achievements of incumbent Governor of Delta State, Senator Dr Ifeanyi Arthur Okowa, the EKWUEME GBURUGBURU.

PDP Leaders and delegates across the state opined that among the Aspirants, Rt Hon Sheriff Oborevwori, stands out as a perfect bridge builder, competent, matured in all ramifications, tactful, consistently committed to the ideals of PDP, straight forward in dealings with people across board, reliable, accessible, a promise keeper, detribalised, loyal to the party, tested and trusted servant-leader of the people.

The PEN EAGLE of the Okowa administration and of the strategic communication industry have also joined the majority of the people of Delta State to call for the timely SHERIFFICATION of our foremost leaders, Senator Okowa, Chief Ibori and Dr Uduaghan. He says to be SHERIFFIED is to mean well for Deltans and Delta State.

All roads lead to OrerokpeTown in Okpe Local Government Area, Delta State, on Sunday 24th April, 2022, for the Mother of all Political Consultations of party leaders and Delegates of OKPE LGA.

It promises to be a mega political carnival that will attract top party leaders and the entire party structures across the state and the teeming supporters of the King of all Governorship Aspirants, Rt Hon Sheriff Oborevwori, JP, the incoming governor of Delta State.