The Chairman of Nigeria Union of Journalists (NUJ), Delta State Council, Comrade Michael Ikeogwu has said that Civil Liberty Organisations (CLOs) and Non Governmental Organisations (NGOs) are now sleeping while society is suffering, thereby shutting down the voice of the people against inimical government activities and actions.

He made this assertion when Executive members of the Delta Advancement Group (DAG) paid a courtesy visit to the NUJ Press Centre on familiarisation and partnership. 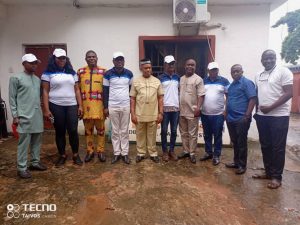 Ikeogwu said that in other climes, CLOs and NGOs play the role of the voice of the voiceless, but in Nigeria, they rather go into politics than truly speak for the people.

The Chairman however, advised the group to continue to speak truth to power to prove that it is no longer business as usual.

He also urged them to use their reach to sensitize the youths against get rich syndrome which is destroying our economy and image through their involvement in these social vices. 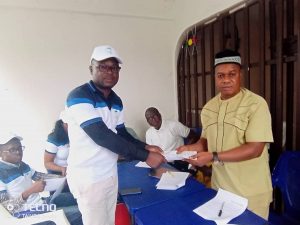 According to him, “We appreciate you for coming; this has reaffirmed the belief of the people in NUJ. We remain the beacon of hope for the common man, and we are not resting on our oars in holding government accountable and mounting surveillance on the society.

“We will partner with you in any capacity you want us to, in your effort to sensitize and reorientate the society on values and good governance”, Ikeogwu said.

In their address to the NUJ, the group led by its Coordinator, Mr. Ogbaudu Ifoghale Richard harped on the need for citizens to participate in good governance. 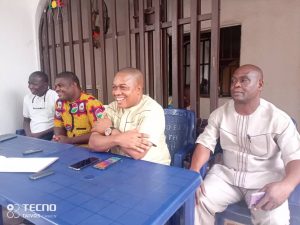 He said that Delta Advancement Group was birthed to be a mouthpiece for the voiceless in the society through advocating for good governance.

The Coordinator said they had mapped out a number of activities to engage the public, starting with the INEC Voter Registration that is ongoing.

His words, “The Press has continuously been a strong voice for the people but of course, they have their limitations. They cannot do it all alone, hence DAG desires to partner with you in these regards. 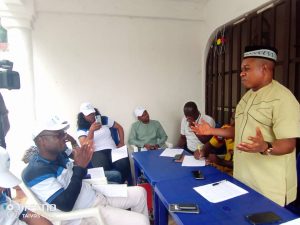 “We are confident our collaboration would yield more positive results towards a better, vocal society and ultimately a stronger democracy of our dream. As such, we would be calling on you always in the course of carrying out our programmes”, Ogbaudu stated.