Former Deputy Governor of Delta State, Chief Benjamin Elue, has stated that the drive by the Delta Central 2023 lobby group (DC-23) for the PDP to stick to senatorial district zoning formula was quite in order, genuine and deserving of the Delta Central Senatorial District of the state.

Elue, who made this known while speaking on behalf of the  PDP leaders of Aniocha North at Isele-uku, Delta State, when leaders and members of DC-23 paid a consultation visit to the local government area, appreciated the DC-23 for keeping the unity of the average Urhobo man intact.

According to him, “I recall in nostalgia, in early 50s when Chief Mukoro Mowoe left Agbor to mobilise the Urhobo people into politics before independence, and later, he handed over to Mariere his cousin.”

“So, that is how the Urhobo political sagacity was established at home, and till today, it’s still working. I pray God almighty that as from today, we all must resolve to do politics with peace, no acrimony,” he said. 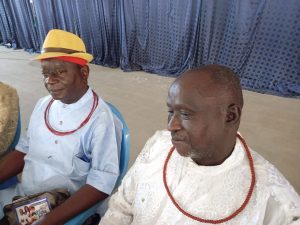 “What you are asking for is quite genuine and you merit it to the extent of your perception. We will go back home and look into your peaceful proposal of senatorial rotation and wait for your next call,” he said.

“Please, maintain this peaceful consultation. I like this kind of direct consultation for the betterment of the state. From 1999 to date, it is only Delta State that still maintain the PDP legacy, founded on truth and respect,” he said.

He noted that there was a higher ground where all the issues articulated by DC-23 would be discussed and decision on it agreed upon. 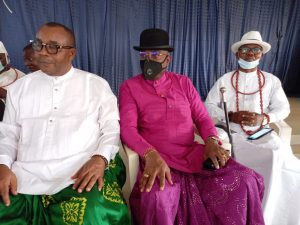 “Before then, do your consultation peacefully so that post 2023 Delta would continue to be one. PDP will continue to rule in Delta; you don’t pass through a place and destroy it. You people have respected us, we will also pass this message to the leadership of the party in Abuja that we need peace in Delta state,” he added.

Earlier, the National Chairman of DC-23, Senator (Chief) Ighoyota Amori, stated that the body was a lobby group made up of card carrying members of the PDP in the Delta Central Senatorial District to lobby support for the governorship seat for the district in 2023.

He noted that the DC-23 was not different from the G-3 of the Delta South Senatorial District that was formed to drive the process of election of immediate the past governor of the state, Dr. Emmanuel Uduaghan, and the Anioma Agenda that was formed in 2014 to propel the process of election of the current governor of the state, Senator (Dr.) Ifeanyi Okowa. 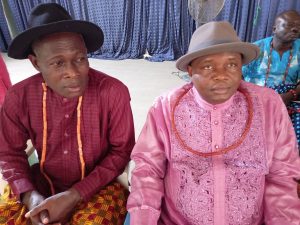 According to him, “those who want to contest against the aspirants of Delta Central Senatorial district have their argument for the governorship seat, likewise us, but we can’t talk of zoning on ethnic lines because the state is made up of various ethnic groups like Urhobo, Ijaw, Itsekiri, Isoko, Ika, Ndokwa, Oshimili, Aniocha and few others; hence, the appeal from us to maintain the zoning arrangement on the basis of  senatorial districts in the state.”

He pointed out that the DC-23 was not lobbying or campaigning for any particular aspirant, but to ensure that the governorship seat moved to the Delta Central Senatorial District in 2023 on the platform of the existing zoning for the seat in the state.

He appealed to PDP leaders of Aniocha North to support the DC-23 push for zoning arrangement on senatorial districts order to enhance the chances of the PDP continuing in the governance of the state beyond 2023.