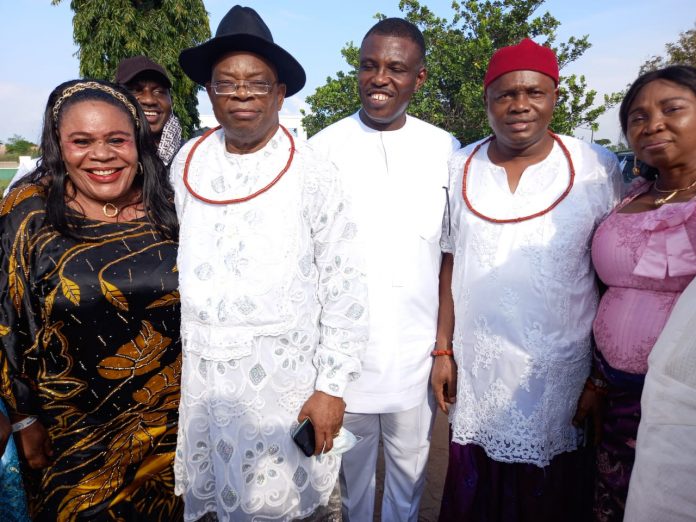 *Says 16 Years Is A Long Time To Wait

*Urge DC-23 To Prune Down Number of Aspirants

Political leaders in Oshimili North Local Government Area of Delta State have stated that Delta Central Senatorial District of the state deserved to produce the next governor of Delta state, since it had waited for 16 years.

The political leaders made this known when leaders and members of Delta Central 2023 (DC-23) lobby group paid a consultative visit to them at Akwukwu-Igbo.

Speaking on behalf of the political leaders, the Executive Chairman of Oshimili North Local Government Council, Hon. Innocent Esewezie, stated that they were aware that some other ethnic groups in other senatorial districts were asking for the same position, adding that ” when it comes to the point of taking decision on the 2023 governorship, the leaders ably led by Senator Dr. Ifeanyi Okowa will do the needful.” 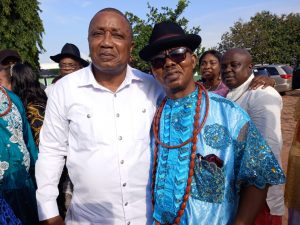 He said that “In doing the needful, it means that everyone of us, whether from the south, north or central, just like we have always done from 1998 till date in the spirit of PDP,  will not stop now by God’s grace, it will continue.”

“The issues you canvassed before the good people of Oshimili North Local Government Area are quite  weighty politically. They are germane; 16 years is a long time to wait,” he added.

“On that note, we know that if Delta Central becomes governor tomorrow, the leaders of DC-23 will always be at the apex or table, when decisions would be taken in Urhobo, on behalf of the district and the new government that will emerged in 2023,” he noted.

“Oshimili North Local Government Area has been liberated by Governor Ifeanyi Okowa and that brought about the wonderful coordination you just saw today.  2023 is so important to us; we have also looked at our current position and decided not to fall below it,” he said. 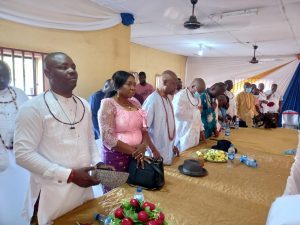 “We only want this status quo of juicy positions given to us by our amiable governor to go beyond 2023. We believe in the capability and judgment of Governor Ifeanyi Okowa because  we have tested him as a senator and now governor; he has represented us well,” he added.

“So, we want an Urhobo man that will understand and will always seat with our amiable governor because it is where Senator Arthur Ifeanyi goes that we will go. We are saying this because we know that he is a man of justice, equity and fairness. We know that when that time comes, the leaders of this state will seat down and decide on what should happen. We hope and know that justice will be done,” he stated further.

The Honourable Commissioner for Lands and Survey, Delta State, Kate Onianwa Esq, who also spoke, said that the problem of Delta Central Senatorial district was not rotation or zoning but everyone in Urhobo wanted to be governor at same time. 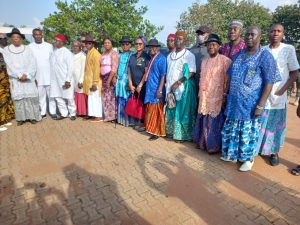 She urged leaders of DC-23 to go back home and prune down the number of aspirants, justling for the governorship seat from the district, warning that if not addressed, it may threaten their chances of producing the governor in 2023.

Earlier, the National Chairman of DC-23, Senator (Chief) Ighoyota Amori, stated that the body was a lobby group made up of card carrying members of the PDP in the Delta Central Senatorial District to lobby support for the governorship seat for the district in 2023.

He noted that the DC-23 was not different from the G-3 of the Delta South Senatorial District that was formed to drive the process of election of immediate the past governor of the state, Dr. Emmanuel Uduaghan, and the Anioma Agenda that was formed in 2014 to propel the process of election of the current governor of the state, Senator (Dr.) Ifeanyi Okowa.

According to him, “those who want to contest against the aspirants of Delta Central Senatorial district have their argument for the governorship seat, likewise us, but we can’t talk of zoning on ethnic lines because the state is made up of various ethnic groups like Urhobo, Ijaw, Itsekiri, Isoko, Ika, Ndokwa, Oshimili, Aniocha and few others; hence, the appeal from us to maintain the zoning arrangement on the basis of  senatorial districts in the state.”

“They claim that the governorship seat, since it had went round the three senatorial districts should be done as ‘osusu’ that can start from any district, and that they are canvassing for senatorial district and not ethnic. My question is, if not an ethnic agenda, why is it that the Itsekiris and Isokos of Delta South Senatorial District not in their lobby team, like ours that you have leaders of the eight local government areas in the team,” he added.

He pointed out that the DC-23 was not lobbying or campaigning for any particular aspirant, but to ensure that the governorship seat moved to the Delta Central Senatorial District in 2023 on the platform of the existing zoning for the seat in the state.

He appealed to the PDP leaders in the locality to support the DC-23 push for zoning arrangement on senatorial districts to enhance the chances of the PDP continuing in the governance of the state beyond 2023.