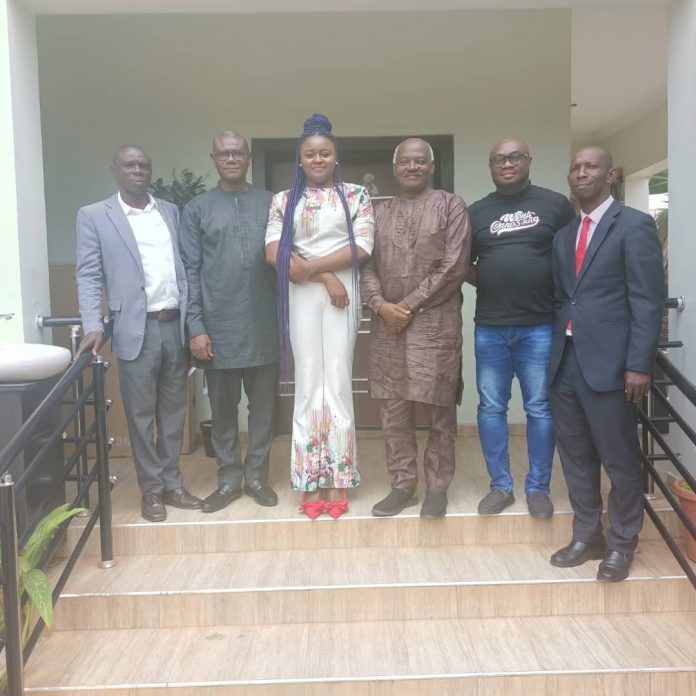 Delta State Advocacy Team (SAT) on HIV/AIDS, Tuberculosis and Malaria (ATM) has been charged to consider the communal based approach in carrying out its activities for meaningfull results to be achieved.

The Executive Secretary, Delta State Agency for Control of AIDS (DELSACA), Dr. John Osuyali, gave the charge when members of the state team led by the Chairman, Pastor Greg Sifo, paid an advocacy visit to brief him in his office in Asaba.

The briefing was on the level of work carried out by the engaged Community Based Organisations (CBO) under the Covid-19 Response Mechanism and Resilient and Sustainable System for Health strengthening and Community strengthening System (C19/RSSH-CSS) which addresses HIV/AIDs, Tuberculosis (TB), Malaria, Gender based Violence (GBV) and Human Rights issues in the society.

Dr. Osuyali commended the group for the proactive steps they had taken so far to impact on lives in the various communities in the state, saying it was a humanitarian service that could not be easily be quantified.

He advised members of the team not to put money as a driving force in the discharge of their mandate, saying that “money is not everything, but impacting positively on lives is much more important.”

The secretary opined that they could only succeed if the various stakeholders in the communities were carried along in the implementation processes because their manpower, skills and resources would go a long way to making the programme a success, if they saw themselves as part of the process.

While sharing his wealth of experiences as a seasoned medical practitioner who had executed many state government and World Bank related programmes in rural and urban centres of the state, Dr Osuyali encouraged the SAT team not to relent in giving hope and impactful support to the downtrodden in the society even when there seemed to be challenges in the course of implementation.

Earlier, the Chairman of the Delta State Advocacy Team, Pastor Greg Sifo, informed secretary that the group was out to assist the state government in implementing a seamless health delivery services in the state, adding that the team was currently intervening in Oshimili South, Oshimili North, Udu, Uvwie and Warri South Local Government areas of the state.

Pastor Sifo thanked the secretary for his assistance and requested for more support for the team, towards the realisation of its set goals.