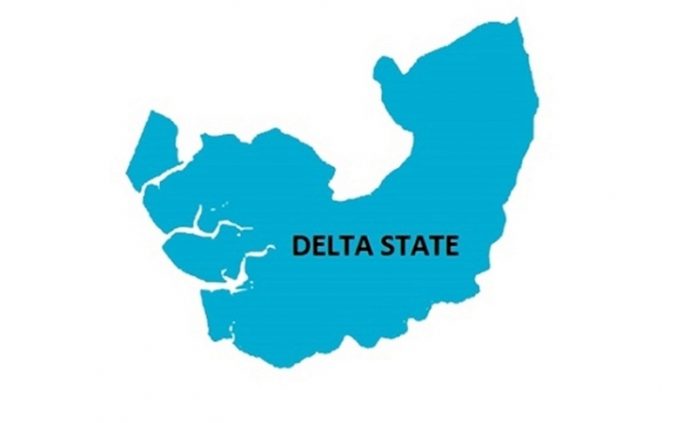 Contrary to media report in some dailies and online medium published on October 6, 2021 with the caption; ‘ Crisis Looms In Oviri-,Olomu’, the President General of the Community, Olorogun John Ewenede,,JP, has denied any form of crisis, war or fighting in the community, as eight out of the nine known landlords that owns the drilling site has also corroborated this.

It could be recalled that since the discovering of oil by the Nigeria Petroleum Development Company NPDC, in the community, there has been some media war between some  members who alleged ownership of the area where the oil is discovered.

Addressing hundreds of community indigenes and residents at the Oviri-Olomu Community Town Hall on Sunday, October 10, 2021, during an elaborate meeting held to clarify what the community regard as false publication by some mischief makers, President General of the Community said, he was surprise and amazed when his attention was drawn to the said publication, as he also said he received a call from the security agents asking him what was happening in his community.

According to him, ” I was shocked when I got the call, and quickly I dashed down to the community from where I was, but it was sad to note, that on getting here, there was no form of war, fighting or misunderstanding as everywhere was peaceful, calm and everyone going about their normal duties”.

He further disclosed that on October 1, 2021, an elaborate meeting between the Central Development Committee (CDC), Community Elders and the Nine families including the Onakuta Family, George Akanuota Family, Ashe/Opha Family, Onokahweri Family, Ovwiomodiohwo Family, Ibrume Family, Akpeghwughwu Family, Irevworuemu and Edariese Family that claimed ownership of the oil drilling site was held and that during the meeting, it was resolved among all  that community representatives be set up for boundary identification and verification which all present at the meeting also concurred.

He expressed dismay that on October 5, 2021, five out of the nine families held a press conference where they misinformed the public, painted a wrong impression, laid false allegations and made claims that only five families owned the land and that NPDC should recognize only these families but not the community.

Olorogun Ewenede who was visibly bittered by the report, however noted that the rational behind the elaborate meeting of yesterday (Sunday, October 10) was to hear the report of the delegates sent for the boundary identification and verification, and for Mr. Shedrack Akanuota, leader of those that attended the purported press conference to come out and tell the community where the crisis or fight was brewing.

On behalf of the delegation, Alhaji Sule Afide, presented the report to the entire community who listened with keen interest under an atmosphere of peace. He narrated how the delegates went about the boundary identification and verification exercise, stating that the nine families claiming ownership or landlords of  the said area were asked to identify their boundaries, and that heads of each of the families identified their boundaries, and where also asked if they were satisfied which was affirmed by them except the Edariese family who didn’t show up.

Continuing, Alhaji Sule Afide also noted, that from their discovery, the Esiserha Akpewhuwhu, Ovwiomodiohwo and Onakuta families, owned the larger parts, but, that all other families also had theirs encroached. He added that since parts of the land belonging to each of these nine families are encroached, it was agreed that the nine families are the landlords.

However, there was a twist immediately after the reports by the community boundary verification delegates as the arrow head of the false publication, Mr. Shedrack Akanuota came out to denounced his claim of only five families owning the land. In his words, ” I am no longer concerned about the numbers of families that owned the land, but all I want is for the President General to take me along to sign the Memorandum of Understanding MoU with NPDC”. He was however told by numbers of community indigenes that it is the responsibility of the Central Development Committee led by the President General and his Executive to discuss, sign and harmonize all issues regarding to their operations in the community.

Meanwhile, the heads of eight of the nine families alleged to be landlords of the proposed oil drilling site has come publicly to denounced their support and involvement in the  purported publication of October 6, 2021, disclosing that they are not aware of such publications and never authorized such as heads if the family. They condemned the in totality the false publication, maintaining that there is no oita of truth in it and it is calculated attempt to cause chaos where there is none.

Responding to the various speakers, the President General of the Oviri-Olomu Community in Ughelli South Local Government Area of Delta State, Olorogun John Ewenede appealed to all indigenes to allow peace reign and never to mislead the public. He however warned, that henceforth, no son or daughter of Oviri-Olomu should address the press without formal clarification from the Central Executive Committee or the Elders as anyone found wanting will be liable.

With the peaceful meeting and resolution by all the families involved and the entire Oviri-Olomu Community, it is now glaring that the said publication was false and fake as it has no backing of any one.