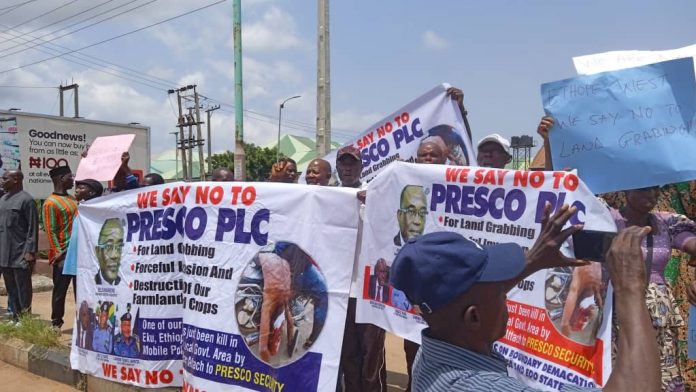 Delta state Tunjja Head Farmers Association, has protested against an alleged encroachment on their land and destruction of their crops by PRESCO PLC

The protesters who gathered at the Delta State House of Assebly with various placards with inscription such as, ” PRESCO PLC; for land grabbing; forceful invasion, and destruction of our farmland and crops, Delta/Edo land disputes: We say no to land grabbing, Great farmers, Great Nation, No farmers, No Nation,” called on members of Assembly to help them cry out. 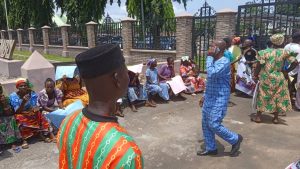 He said some individuals from Edo state were laying claim that Edo state government gave them right of occupancy for the land they have been farming on for the past ten decades, adding that their crops worth billions of Naira have been destroyed by the impostors. 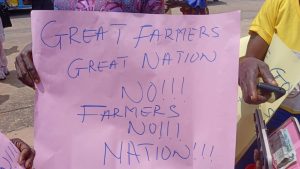 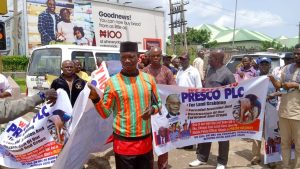 ” We are farmers and stakeholders in farming, we are here because we are seeing some marroma play within our area of farms. Presently, some people came all the way from Edo state, telling us that Edo state government gave them right of occupancy for the land we have been using for the past ten decades”.

” As we speak, all our crops worth billions of naira have been destroyed while this people take over our land with budozer destroying our crops and they are planting same crops that we have been planting”.

He said if Government and State House of Assembly did not intervene, there will be hunger within the vicinity, and price of goods will get to soar. 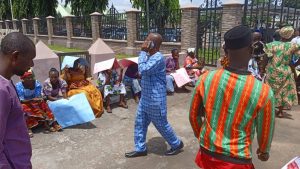 “We came to let the state Assembly in other to let them know because we believe some people have been keeping silent over this matter, and they are the ones who represent our interest, we are suffering, the farming is our means of livelihood, and without farmers, no Nation”. 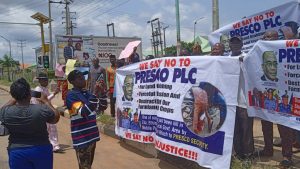 He said the Association has written several letters to Delta state Governor, Delta state House of Assembly Speaker, Delta state Attorney General, and the local government chairmen of the affected areas but no response have come from them.

He alleged that the chairman of Ukwani local government area issue a threat to deal with them if they go further with the matter. 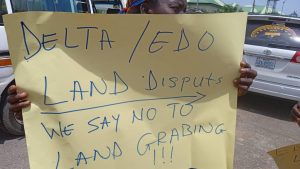 While appealing for calm, SSA to Deputy speaker, Delta state House of Assembly, Pastor Ifeanyi chuku, said, the Hon. Speaker and members of the Assembly are currently out of the state, saying Delta state is a peaceful state, and Mr. Speaker who is the incoming Governor will ensure that the matter is resolved and Delta government will not allow anyone takes anything that belong to them.