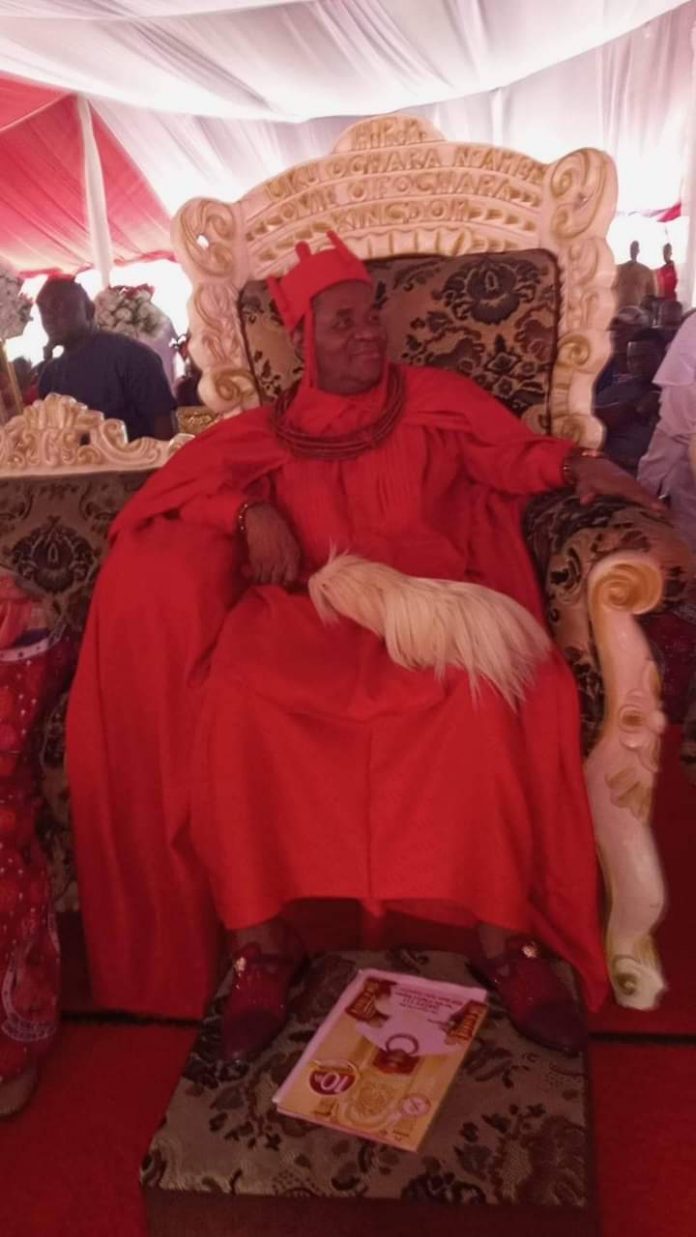 Former Governor of Delta, Chief James Onanefe Ibori has appealed to the incumbent Governor Ifeanyi Okowa use the instrumnetality of government to construct the access road leading to the new ultra modern Palace of the Ovie Of Oghara Kingdom in Ethiope West Local Government Area.

Ibori made the plea at the 10th Coronation Anniversary of the Ovie of Oghara Kingdom, Noble Eshemitan, Uku Oghara Na’ me, Orefe 111 held on Tuesday in Oghara. 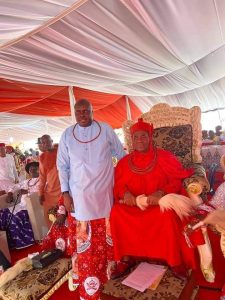 Chief Ibori who canvassed for support from sons and daughters of Oghara Kingdom both at home and in the diaspora, friends and well wishers of the kingdom, stressed on the need for the project to be completed and put to use.

“Let me make a direct plea to my younger brother and our amiable governor, Okowa to help us look at the access road to this new palace. It is almost impossible for an individual to take it on. I appeal to the governor to assist us to look at the road. We will eternally grateful,”

“I was born and bred in this community. I urged the indigenes within and in the diaspora to join hand with me. I know that you have your various challenges, please make this project a priority. We need to do it for our traditional ruler and our kingdom,” Ibori pleaded.”

In his elaborate address at the auspicious ceremony that attracted who is who from across the globe, the Ovie of Oghara, Eshemitan said that his 10 years on the throne of the kingdom had been cheerful but with some challenges.

The king said that the aged-long friction between the Oghara monarch and Oghara council of chiefs had reduced substantially since he ascended the royal stool.

“I have realised that a monarch without personal fund or a stream of income from the kingdom or government will be bedeviled with hardship and will lose the glamour of monarchy. This was the major problem of the past monarchs of Oghara,” he said.

The royal father said that the ongoing construction of Oghara palace would foster more unity between the Oghara council of chiefs and Oghara people and by implication address the habit of separation.

“The new palace when completed will be our symbol of unity and our two council of chiefs will be meeting there.

“One day there may evoke a way of doing many things together instead of the present seperate ways,” Eshemitan said.

Hightlights of the event was the fund raising for the Oghara ultra modern palace and conferment of chieftaincy titles on some Oghara indigenes.

Also in attendance were royal fathers including the Oroje of Okpe Kingdom, General Felix Mujakpero (rtd), the Ovie of Idjerhe Kingdom, Monday Whiskey, chiefs, lawmakers from Ethiope West, religious leaders among others.