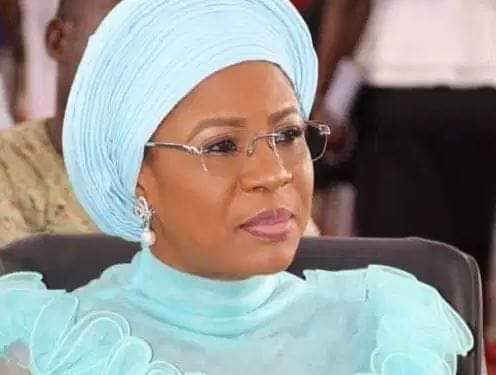 Chief Press Secretary to Governor of Delta, Mr Olisa Ifeajika and the Government House media team have congratulated the wife of the Governor, Dame Edith Okowa, on her 61st birth anniversary.

In a congratulatory message to the first lady, Ifeajika and the crew lauded Dame Okowa for her philanthropic works, especially in making life more meaningful for the less-privileged in the society.

They described Dame Okowa as a distinguished woman and committed partner to her husband, Gôvernor Ifeanyi Okowa, in his sustained drive towards bequeathing a Stronger Delta to the people.

The governor’s image maker attributed the successes recorded by the Okowa administration to the remarkable contributions of the Dame Okowa through her 05-Initiative.

He extolled the governor’s wife for being a very supportive and reliable pillar to her husband and the entire family.

According to him, Dame Okowa is celebrating 61 years of great accomplishments and I urge her not to relent in her mission of giving succour and hope to the less-privileged in the society.

“The activities of the 05-Initiative have continued to attract positive narratives beyond Delta and Nigeria, particularly from well-meaning individuals, corporate organisations and agencies.

“On behalf of the Governor’s media team, I congratulate our loving mother and outstanding philanthropist, Dame Edith Okowa on her 61st birth anniversary.

“Your Excellency, your passion to provide care for the sick, Nigeria Correctional Services inmates, orphans and other less-privileged stands you out as a great woman of compassion.

“As an Evangelist and mother of inestimable value, you have impacted hugely on your family and the State and it is our prayer that God will continue to grant you good health, wisdom and grace in your avowed commitment to the well-being of women and children.

“We join your family, friends and associates in celebrating and praying for you, a worthy child of God, on this joyful day of your 61st birth anniversary,” Ifeajika said.

The Governor’s spokesman prayed that Almighty God should keep Dame Okowa in good health to continue in her noble deeds, especially with her 05-Initiative and to remain a great pillar of support in her family.