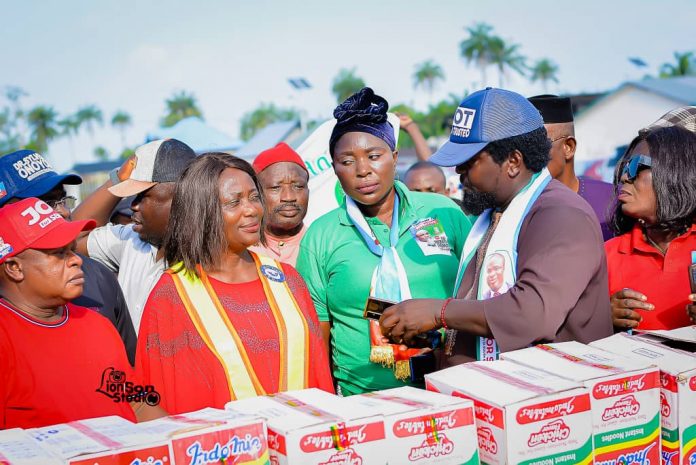 The Delta South Senatorial Candidate of the All Progressives Congress (APC) in the 2023 general elections, Hon. Joel-Onowakpo Thomas, has sympathized with the good people of Delta State, especially those from Delta South Senatorial District, who are affected by the flood that has ravaged most states of the country.

Joel-Onowakpo said the destruction caused by the flood in terms of lives and properties cannot be quantified. He stressed that he is pained and rattled to behold the wanton loss of properties being experienced by citizens for no fault of theirs. 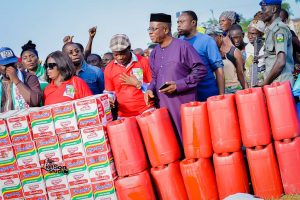 The refined technocrat, who is known for his humanitarian gestures to humanity, stated this on Monday while presenting relief materials to the Internally Displaced Persons (IDP) camps in Isoko Central School (ICS), Oleh, Isoko South and Alaka Grammar School, Ozoro, Isoko North.

Hon. Joel-Onowakpo was represented by the Assistant Director General (ADG, Isoko nation) of the JOT Senatorial Campaign Organisation, Surv Peter Akarogbe, who prayed God to make it easy for all victims of the flood while noting that the relief materials provided were meant to alleviate the effects of the flood on the victims. 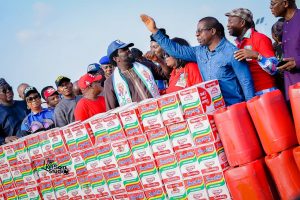 Hon. Joel-Onowakpo, who also is a victim of the flood as his residence in Isoko were also submerged, called on the government across board to double their efforts in providing relief materials, effective healthcare system and proper environmental fumigation as the flood recedes to enable those displaced to return and settle down properly.

According to him, “millions of fortunes, years of hard labour, people’s means of livelihood, homes and most regrettably, lives have been lost. This is most devastating. 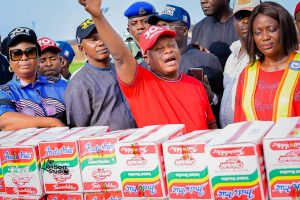 “I encourage everyone to show love and do whatever they can to help one another. Most importantly, the government must live up to expectations in times like this by putting politics aside for the sake of humanity.

“These relief materials are provided to reduce the effects of the flood and assist victims who have been completely sacked and displaced from their homes.” 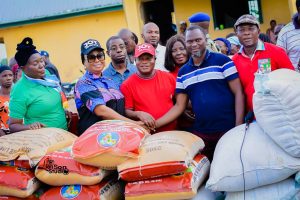 Representatives of the State Emergency Management Agency (SEMA), who received the items at both camps, appreciated the APC Candidate and promised that the relief materials shall be used judiciously amid chants, songs and jubilation by the victims in both camps. 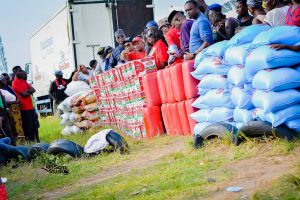 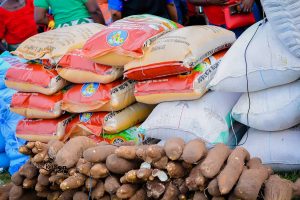 Some of the items provided include bags of rice, bags of beans, bags of garri, gallons of palm oil, indomie noodles among others. 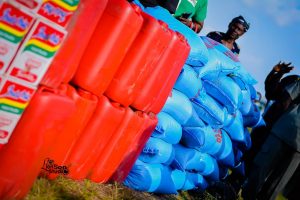