The group handed down the ultimatum at a press conference held in Warri, Delta State, warning that they can longer tolerate casualization of the sons and daughters who went through the programme over six years ago.

NAIG President, Ben Eyitemi Eburajolo, Reading a press statement he jointly signed with the Secretary, Esiategiwa Mino, threatened shutdown of Chevron’s operations in Itsekiri land if it fails to comply with the ultimatum. 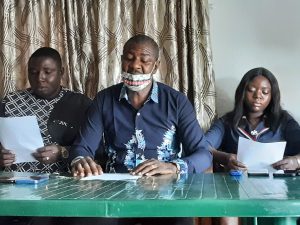 NAIG demanded that the reclassification should be backdated to January 2016 and January 2017 for VTP5/OTP6 respectively.

They said that efforts have been before now to amicably resolve the matter as they were at the National Assembly twice (2018 and 2019), stressing that this time around they will not take it lightly with Chevron.

They outlined their demands to include but not limited to, “Resume Operations and Maintenance(O&M) training with employment in view immediately as enshrined in our Memorandum of Understanding(MoU) with you. 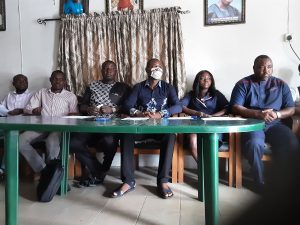 1) They were promised employment and asked to resign their former jobs by Chevron Nigeria Limited (CNL) Management. Hence, the reason they left their high paying jobs to pass through the O&M training at Ogere.

2) Most frequently, the Management of Chevron assign much task to them than the CNL employees who receive higher Salaries than them.

3) They are the least ranked and underpaid among CNL labor contract personnel,

4) During the recent PENGASSAN strikes, they exceeded customer’s limits to ensure

that most of the operations were not interrupted.

5) They have been found competent in their various locations and none has violated any of the company’s laid down rules, regulations or safety procedures

6) The time difference between the VTP4 who were reclassified January 1, 2015 and VTPS/OTP2 was just 6months and all the OTP2 were deplored to field before the VTP4 to assist in the then acute personnel shortage in various offshore locations.

7) On the job learning (OIL) has since been completed by both VTP5/OTP2 and VTPG respectively.

8) Crude Oil price that they claimed was the reason for not reclassifying them has since risen and stable to above $70/bbl. Meanwhile, VTP4 was reclassified with a price below $40/bbl

9) Our Revered Monarch, Ogiame Ikenwall, the Olu of Warri, of blessed memory intervened on behalf of them in 2017 and CNL Management promised to do the needful the following year which was 2018, but till now, nothing has been done or heard from them.

It will interest you to know the following:

1) That one Mr. Monday Ovwuede who is the present Joint Venture Director (JVD) of Chevron Nigeria limited has vowed that over his dead body will these our people be reclassified.

2) Some of our Itsekiri leaders are aiding and abetting CNL to use and dump our VTP5/OTP2 & VTP6 brothers and sisters because of their selfish gains. As an Association intellectual, we say no to saboteurs.

Thus, the following demands should be met immediately by Chevron,

immediately as enshrined in our Memorandum of Understanding (MoU) with you.

3) Community development in Oil Producing Areas should resume back immediately.

4) All Itsekiri Host Communities to CNL should be given light and portable drinking water.

We are therefore giving Chevron Nigeria Limited (CNL) 28 days to commence or put to action the reclassification of our Itsekiri Graduates of VTP5/OTP2 and VTP6, else we will have no choice than to shut down all CNL operations in our land.

Thank you and God bless you.