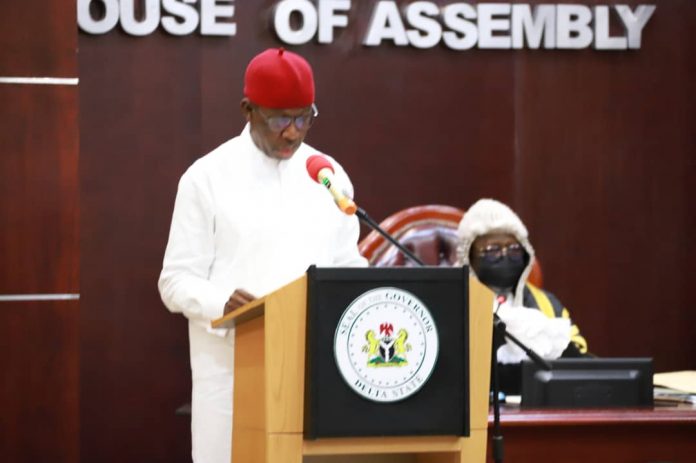 Christened “Budget of Inclusive Growth and Accelerated Development”, the governor told the lawmakers that the Bill was made up of N284.14 billion for Capital Expenditure and N185.36 billion for Recurrent Expenditure.

He said that capital expenditure constituted 60.5 per cent of the Budget while 39.5 per cent represented recurrent expenditure, and explained that the allocations were targeted at completion of all ongoing projects and new projects in critical areas of needs. 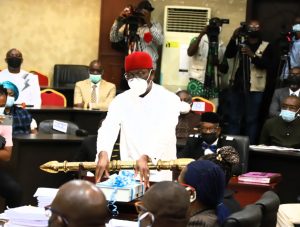 The governor said that the 2022 budget proposalwas also targeted at greater transparency and proper accountability in public expenditure to enable citizens get value for money in all projects and programmes of government.

“In other to continue tackling unemployment by creating jobs and wealth for our youths, we are proposing the sum of N4.85 billion to improve the success rate of beneficiaries of the entrepreneurship development programmes of the Job and Wealth Creation Bureau, Ministry of Youth Development as well as GEST, WESAP and microcredit of Delta State Micro, Small and Medium Enterprises Agency,” the governor said. 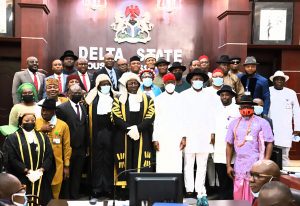 He said that the budget, which was derived from the state’s 2022-2024 FSP/MTEF, was anchored on crude oil production benchmark of 1.88 million barrels per day, oil price of 57 dollars per barrel, exchange rate of N410 per dollar, National Real Gross Domestic Product (GDP) growth of 4.20 per cent and 13 per cent national inflation rate.

He disclosed that in spite of the vagaries of the economy, his administration had continued to invest in road and physical infrastructure.

Okowa pointed out that economic activity had continued to contract domestically and impacting negatively on the cost of living and employment levels.

He added that revenue collections had been lower than projected, resulting in expenditure realignments, explaining that the resultant macroeconomic evolutions had adversely impacted the Nigerian economy for which Delta was not spared.

“With an expanding tax base and conducive business environment, the State Government is getting more tax revenues without overtaxing the economy and businesses.

“With fiscal discipline, efficiency and delivering value through prudent spending, we are now progressing within our means and driving our economy towards achieving our long-term vision of economic diversification, self-reliance, and inclusivity,” the governor said.

Welcoming Okowa earlier to the House of Assembly’s chamber, the Speaker, Chief Sheriff Oborevwori, had said that with the feat achieved by the current administration in the state in six years, the House would continue to support the government through passage of people-oriented and development-driven legislations.

He commended the governor for the unprecedented establishment of three new universities in the state.

“Delta State enjoys enormous peace because your administration is running a transparent and accountable system of government where everybody is important no matter his or her status.

“Your choice of dialogue as a tool in the development and growth of the state is highly commendable.

“I want to assure you that the Legislature will continue to support your policies and programmes for the sustained development of the State, we will continue to cooperate with the Executive while also maintaining our powers as a House,” the speaker assured.

Motion to accept the Appropriation Bill for consideration was later moved by the Majority Leader, Mr Ferguson Onwo and was seconded by member representing Ethiope West, Mrs Erhiateke Ibori-Suenu.

The lawmakers also approved a motion, slating the second reading of the Bill for Oct. 26, 2021.