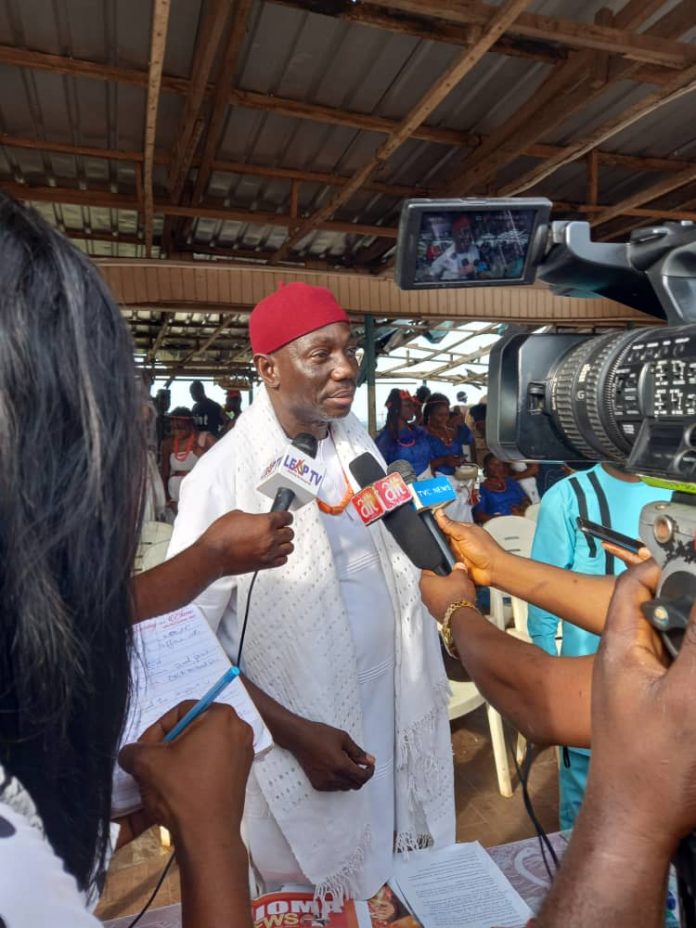 Governor of Delta State and Special Guest of Honour to the 17th edition of Anioma Cultural Festival, Senator Ifeanyi Okowa has urged the organisers of the annual cultural fiesta – the Organisation For the Advancement of Anioma Culture (OFAAC) to continue to sustain its bridge building and unity efforts across Delta North Senatorial District (Anioma Nation) and even beyond.

He made this assertion on Easter Monday, 18th April, 2022, at the Oshimili North Arcade, Asaba, venue of the 17th edition of Anioma Cultural Festival. 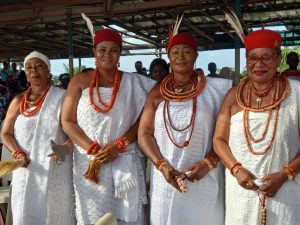 The Governor who was ably represented by the Secretary to Delta State Government, Chief Patrick Ukah affirmed that OFAAC has aided the advancement of the State through the preservation of the Anioma Culture and tourism.

He commended the Organisation for its sense of unity as often canvassed using the instrumentality of culture, while adding that it has indeed helped in building bridges of love, peace and unity of Anioma people.

Okowa implored OFAAC not to ever relent in its effort of propagating Anioma culture and heritages, insisting that the journey it has embarked over 17 years ago is a progressive one and should be on steady drive. 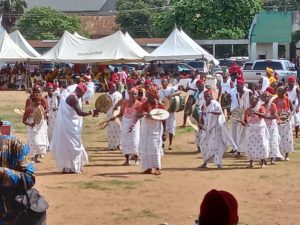 While also commending the brain behind the birthing and successes of OFAAC in the person of Arc. Kester Ifeadi, Okowa further called on all well meaning sons and daughters of Anioma to join hands in the growth and development of Anioma people and communities.

He eulogized Ifeadi for keeping the Anioma Festival spirit alive while also urging him to continue to keep faith with the project, maintaining that it has given Anioma people of all statuses a sense of pride and identity.

Earlier in his address of welcome, Arc. Kester Ifeadi, Founder and President of OFAAC had appreciated the Patrons of OFAAC, Board of Directors, Traditional Rulers, Omus and over 3000 volunteer members of the Organisation for their untiring belief in the vision and projects of OFAAC.

He commended the Governor, Ifeanyi Okowa whom he said had been of immense support to the Organisation in the past 17 years, maintaining that even at the last edition where he had already sent the Deputy Governor to represent him, he still flew in from outside the State engagement to attend the programme as a true son of Anioma. 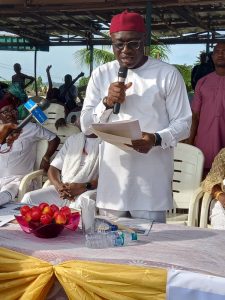 While regretting the two years break in activities (2020 and 2021) as a result of Covid-19, Ifeadi praised God for the opportunity to initiate more concepts into the annual festival.

He said that, to showcase more of Anioma uniqueness, the Organisation would be launching an Anioma Cultural Troupe to espouse the character of the annual festival in dances, music, costumes, cuisine, and folklore.

The renowned Architect and passionate culture enthusiast recalled the supportive role of one of the Organisation’s Directors (Welfare), Mrs. Stella Nwabueze who had passed on, thereby calling on his audience to observe a minute of silence in her memory and honour. 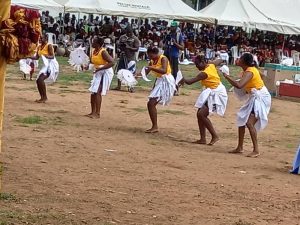 Ifeadi in a nutshell, felt proud of the crowd and array of personalities that attended the 2022 edition of the programme, insisting that he and his team wouldn’t have done anything this past 17 years without the solid support of Anioma people.

It is worthy of note to state that this edition of the Anioma Cultural Festival came out the best, both in the attendance and watertight activities with different prizes won in dancing, wrestling and fluting competitions.

For the record, the Egwu Anioma Group came out the overall best for 2022, while the Okiti Mixed Secondary School, Ubulu-Okiti won the Star Price in school category.

This edition was themed “Culture As A Tool For Unity”, buttressing the reason a Cultural Troupe was launched as instrument of advancing peace and unity of Anioma people going forward.