The people of agrarian community of Ute-Okpu, in Ika North-East Local Government Area of Delta State, on Saturday in a canival-like manner, trooped out in their numbers to celebrate the life and times of the former acting Governor of Delta State, His Excellency, Late Rt. Hon. (Prince) Sam Onyeka Obi.

As a mark of respect to the departed Prince Sam Obi, the remarkable event attracted illustrious sons and daughters from the eight federating communities that make up the kingdom both at home and in the diaspora; the ceremony which many described as the first since the inception of the kingdom.

Some sons and daughters of the kingdom who spoke to media men who were on ground to cover the ceremony, described the late Obi as a living legend, who left behind a legacy that would forever be mentioned in the political history of Delta State and beyond. 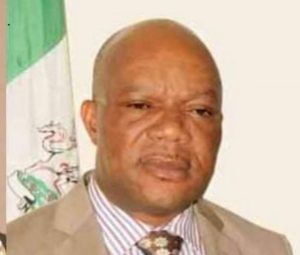 The Chairman of the State Pension Board and immediate past Accountant General of Delta State, Mr. Cyril Agbele, eulogized the Ute-Okpu born political sage, noting that it was because of the contributions of Prince Sam Obi that informed the decision of the people of the community to honour their departed son.

“He was a man of repute who paid his dues in the political history of this State. We mobilized indigenes of the communities that make up the Kingdom to come celebrate our illustrious son who made Ute-Okpu community proud. He exposed so many of our people to politics and attracted development to the kingdom.”

The Chairman Organising Committee, Hon. Samson Nwenearizi, Special Assistant to Governor Okowa on Political Matters, stated that Ute-Okpu was celebrating the deceased because he was their hero. He added that it was the first time the kingdom would be coming together to collectively bid farewell to the dead.

“As you can see, we are celebrating because Sam Obi led a fulfilled life. As a politician, he was able to touch the lives of our people positively. The people you are seeing here today came from far and near. Some flew in from abroad to pay their last respect to him. We are indeed grateful to Sam Obi for putting our community in positive light.” 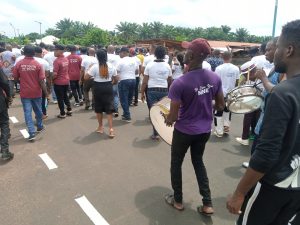 “Late Prince Sam Obi was a political tactician who left remarkable and enduring footprints on the sands of time. He contributed, in no small measure to putting Ute-Okpu’s name in the global political map. We will, forever remember him for his good virtues.”

Also speaking, Chukwuemeka Ekpu, a nephew to Late Sam Obi, said his late uncle, whom he described as a role model, was good to Ute-Okpu youths, and will be remembered for the good he did while alive. 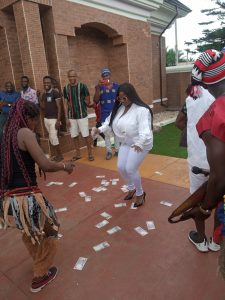 The celebration which was packaged by some illustrious sons and daughters of the community, attracted personalities all over the country including Hon. Chamberlain Dunkwu, Senior Special Assistant to the Speaker of House of Representatives, Rt. Hon. Hakeem Gbajabiamila, Mr. Hilary Ibegbulem, Principal Secretary to the Governor of Delta State, Dorathy Bachor of the last episode of Big Brother Naija, while music was supplied by Joe Morgan and the Morgan entertainment, among others. 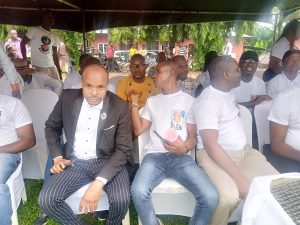