Governorship aspirant under the Peoples Democratic Party, PDP and Deputy National Chairman of Conference of Speakers of State Legislatures of Nigeria, Rt Hon Elder Sheriff Oborevwori has disclosed that street wisdom and credibility impacted positively on his political career and human relations.

He made the disclosure while addressing party leaders and delegates in Warri South, Burutu, Isoko South and Isoko North local government areas on Tuesday 12th April, saying that his M.O.R.E agenda focused reasonably on Deltan Youth, which promises to be an improvement on YAGEP, STEP, RYSA, and Project GEST of Okowa administration. 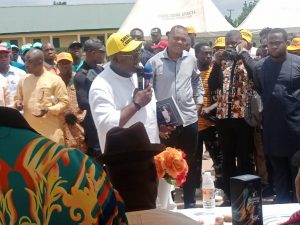 Elder Oborevwori noted that since assumption of office nearly seven years ago, the state governor, Senator Dr Ifeanyi Arthur Okowa, has been busy working round the clock to create jobs and wealth for young Deltans.

The governor, according to him, has been able to decongest the state labour market through substantial investments in skills acquisition, human capacity development and regular empowerment programmes in terms of starter packs, cash to boost businesses, huge investments in the creative industry and other sectors of the state economy.

Oborevwori recalled that as a youth leader and Chairman of Osubi Community, he commanded enormous respect and still enjoy same from youth across the state, because he had always been on the side of justice, truth, equity and on issues that will be beneficial to all concerned. 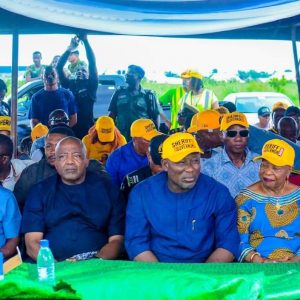 Oborevwori who is the incumbent speaker of Delta State House of Assembly, urged youths that were present at the political consultation meetings in the four LGAs of Delta South Senatorial District, to always have clear and positive goals to accomplish in life, remain loyal and respect leaders and chieftains of the party, PDP.

The tested and trusted governorship hopeful said that he deployed street wisdom, credibility and honesty in his interactions with people across board, and created healthy relationships and partnership with leaders, elders, women and youth, which according to him, subsequently paved the way for his emergence as Ward Councillor in Okpe under the Zero party system in 1996. 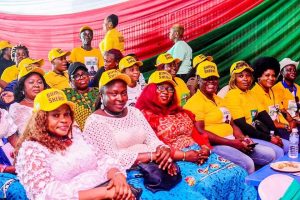 Oborevwori appealed to party leaders and delegates of PDP extraction to do everything within their powers to sustain the zest and synergy for his landslide victory at both the primaries and governorship election in 2023.

He promise to deliver on his promises encapsulated in the M.O.R.E Agenda and equally provide the enabling environment for meaningful development, opportunity for all Deltans, realistic reforms and enhanced peace and security.

“Our youth are the leaders of tomorrow. I was once a youth and I made substantial achievements in my days as a youth leader, community leader and as a Councillor in Okpe during the Zero party era.

“I am a home grown, hone based political leader and if you like call me local content politician. I have lived and still living with the people with no record of western acculturation. Deltans pains are my pains. I will be governor for all Deltans devoid of tribal or ethnic sentiments and petty political squabbles.

“I believe in one God, one Delta and one People. We are all equal before God, and as a Christian I owe God the responsibility of being an upright and righteous governor, a leader that will put God first and the people of Delta State, second.

“Those I led when I was a youth trusted me, same way my colleagues in the State House of Assembly, they have attested to my character, competence and honesty by adopting me as sole governorship candidate. and the governor trust me.

“I count myself worthy to step into the large shoes of our amiable governor as his successor in 2023.

“I urge our youths to be focused, hardworking and honest. Honesty pays. My M.O.R.E agenda captured the youth adequately. I hope to take thousands of our young boys and girls from the streets and make them outstanding entrepreneurs, bread winners and employers of labour.

“I respectfully appeal to leaders and delegates of our great party, PDP, to do everything within their powers to sustain the synergy for my landslide victory at both the primaries and governorship election in 2023.

“Delta shall be soft under my watch. Advancing Delta is my core objective and I urge you to partner with me to take our state to a higher level from May 29, 2023 and beyond,’ Oborevwori said.