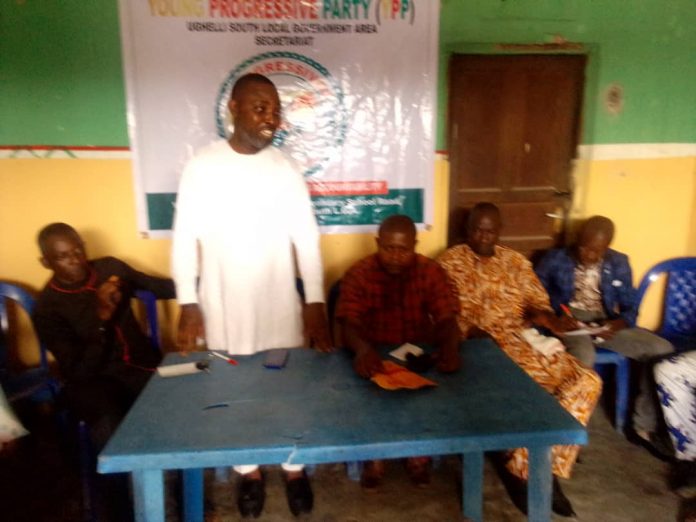 The Campaign Organization of Barr. Emmanuel Degema Ophiemu has been inaugurated ahead of the 2023 forthcoming election.

The YPP Chairman in Ughelli South Local Government Area, Rev. Emmanuel Omophorikpe who inaugurated the Committee by swearing them into office urged its members to commence work with immediate effect with a view to ensure that its candidate, Barr. Emmanuel Degema Ophiemu with the Ughelli South Constituency seat. 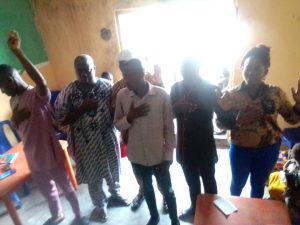 The cleric said members of the Barr. Emmanuel Degema Ophiemu Campaign Organization should embark on a “door” to “door” mosquitoe campaign before the election.

He also enjoined the youths to abide stressing that,”it’s only peace that can bring development. I advice our youths out there to see that there’s peace in this forthcoming election if they want to enjoy the dividends of democracy.”

Rev. Omophorikpe expressed confidence that majority of the electorates have registered for their Personal Voter Cards, PVC’s.

He said,”There are chances they will go to INEC and get their PVC so that they can partake in the forthcoming election.” 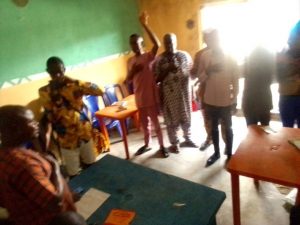 He noted that Barr. Emmanuel Degema Ophiemu has led the people of Gbaregolor Community just as he has done well at the Nigerian Bar as a lawyer.

In his acceptance speech, the Director-General of Barr. Emmanuel Degema Ophiemu Campaign Organization, Engr. Terry Ebakirie thanked the leadership Young Progressives Party, YPP for the privileged given him and the Committee to work.

He assured the party that the campaign organization will work positively for the emergence of Barr. Emmanuel Degema Ophiemu in the forthcoming election.

While noting there’s division of labour within the inaugurated campaign organization,Engr. Ebakirie urged members of the committee to work in unity,victory and for the emergence of Barr. Emmanuel Degema Ophiemu to the Delta State House of Assembly, Ughelli South Constituency.

The YPP Candidate for Ughelli South Constituency in Delta State,Barr. Emmanuel Degema Ophiemu in an interview with Our Correspondent said the campaign organization will work perfectly and convincingly for his emergence as a lawmaker in 2023.

The legal practitioner urged members of the campaign organization to work in unity for his victory.

According to him,”Where there’s little misunderstanding, they should be able to sort it out within a short time to make sure it does not degenerate into division, into creating rancor within themselves because divided we will definitely fall while in unity we stand.”

Barr. Ophiemu noted that he had been synergizing with the Independent National Electoral Commission,INEC Electoral Officer(EO) in Ughelli South to see how electorates can obtain the PVC’s to enable them exercise their franchise in 2023 soon.

He boasted that he politically ready to wrestle power from the All Progressives Congress, APC and the People’s Democratic Party, PDP in Ughelli South.

While pointing out that a fresh hand is need in Ughelli South,Barr. Ophiemu said,”The battle is of the Lord ”