At an Aspirant Engagement Meeting, Activist Rex Emojite Anighoro leader of the delegation called Hon. Matthew Poko Opuoru an Humanitarian Champion and a Citizens legislator whom have shown great leadership and character and has lived a life of service to the people.

He stated that their support became necessary because, Hon. Opuoru has always identified with the Civil Society and has been a great friend to the Civil Society who has used his position at the Delta State House of Assembly to support the causes of the Civil Society, and foster citizens greater good in the State. 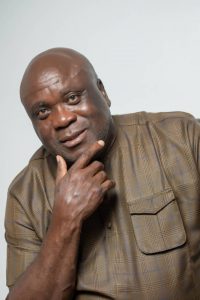 He commended Hon. Opuoru’s social assistance programme, amongst many other pro-people schemes as an uncommon social protection initiative that is worthy of emulation, adding that his consistency in ensuring that over 200 most vulnerable citizens in his constituency were given a monthly stipend of ₦5000 for over two years remains unparalleled and has further endeared him to the Civil Society.

Activist Anighoro made it known that the Civil Society cannot afford to stand behind the veil but will openly support those aspirants who have given Civil Society a listening ear, and place of significance in their Citizens Initiatives and Engagement, as these were people who were open to criticism and feedback to enable them tailor their output towards meeting the demands of the people.

He also made a case for fairness, inclusivity and the continuous strengthening of the existing peace currently being enjoyed in Warri urging all political players to always prioritise these considerations as very important in their political pursuits and engagements.

He made it clear that any Political ambition that is capable of igniting divisiveness, threatening Inter ethnic tensions and good neigbourliness in Warri South Constituency 2 is definitely not in the best interest of the people of Warri, as he called on all the aspirants to put the pursuit of peace, mutual ethnic coexistence and harmony above their personal ambitions.

Also speaking at the aspirant engagement meeting, Deacon Okezi Odugala a frontline Civil Society leader in the State, said that the Civil Society is looking forward earnestly to seeing a more friendly Civil Society House of Assembly and will support Civil Friendly aspirants such as Matthew Poko Opuoru who sees the Civil Society as their own constituency.

Furthermore Amb. Augusta Impact Keneboh stated that Civil Society will always open it’s doors for every political leader who will not see the Civil Society as enemies but as partners for the development and progress of Delta State. She stated that the Civil Society will always be available to join forces with the political class to implement programmes and projects that will be of great benefit to the people offering independent evaluations that will fill the gaps and make for greater efficiency.

Responding at the meeting, Honourable Matthew Poko Opuoru thanked the Civil Society leaders for their kind words on him, stating that the gesture coming from the civil society was a great motivation for him to do much more for the people. He stressed that he will continue to give hope for a better tomorrow to the downtrodden and work for the good of his constituents and all Deltans.

Speaking further Hon. Opuoru said that he will strengthen his partnership with the Civil Society ensuring that they play greater roles in his service delivery to his people.

He said that his manifesto is simply a document aimed at strengthening legislative power for the good of Delta Citizens and to bring greater progress to his constituents through the advancement of social welfare. He thanked the Civil Society Network and called on them to continue to demand from political aspirants and leaders their social contract with the people.