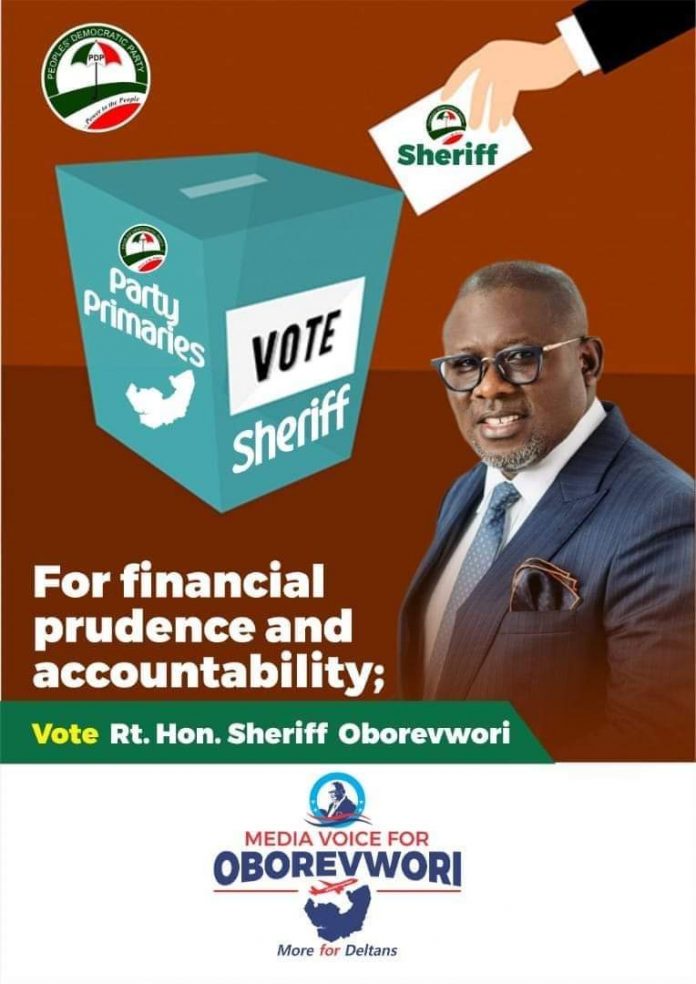 Governorship candidate of the Peoples Democratic Party, PDP, in Delta State, Rt Hon Sheriff Francis Oborevwori, is basking in the euphoria of victories as both the Federal High Court and Federal Capital Territory High Court Abuja, dismissed four cases filed against him concerning his eligibility to contest the Governorship election scheduled for March, 2023.

The Court held that the plaintiffs were forum-shopping and wondered why they (plaintiffs) left Delta State and went all the way to Abuja to file the vexatious suit, describing their intentions as dead on arrival.

They were tongue lashed by the Judge who was visibly angry over the negative attitudes of the plaintiffs, chasing empty shadows from Asaba to Abuja in search of injunctions through the back door to no avail.

The Court also held that by virtue of the provisions of Section 29(5) of the Electoral Act, 2022; the Court lacks jurisdiction to entertain the suit against Rt Hon Sheriff Francis Oborevwori, the valid Governorship candidate of Delta PDP and Speaker, Delta State House of Assembly.

Furthermore, the Court wondered what business the plaintiffs have with challenging the result of a primary election in which they did not participate.

To that extent, the Plaintiffs lacks locus standi, busy body applicants who ought to channel their energies and financial resources to other productive ventures.

In the same vein, three other frivolous and inconsequential suits in the Federal High Court, Abuja, were also thrown out for lack of locus standi by the plaintiffs.

These three suits were surreptitiously filed by the plaintiffs seeking to obtain orders of interim injunction’s but met a brick wall.

It is now crystal clear that the unifier Delta PDP governorship candidate, Rt Hon Sheriff Francis Oborevwori, has no case to answer and coasting to landslide victory in 2023.