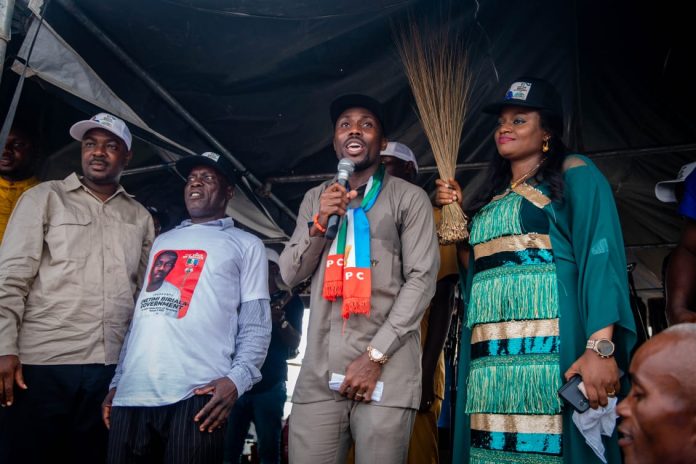 An Aspirant under the All Progressive Congress (APC), Hon Enetimi Government, have officially declared his intention to contest the Burutu South Constituency 11 seat in the Delta State House of Assembly come 2023 general elections.

He made the declaration during his visit to Burutu local government APC executives, delegates and leaders of the party.

Hon Enetimi Government was received on arrival by a large number of party faithful who sang and danced to welcome him.

Speaking at the gathering of Burutu Local Government APC executives, party faithful and leaders, Hon Enetimi Government said his burning desire to bring the needed development to the area spurred him to take the decision to contest the seat. 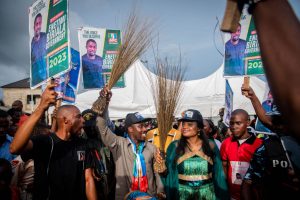 Flanked by his wife, Mrs Ebemeata Government, Hon Enetimi assured of giving them the desired and quality representation in the state chamber that will ursher in rapid development and social wellbeing of people of the area when given the chance.

In his remark, the APC Delta State Chairman, Mr Sobotie Omeni who was represented by the state organizing secretary Mr Johnson Okoro, assured APC faithful of the party readiness to take over the state, charging them to stay positive.

He called on them to give Him Enetimi Government the needed support saying that he has the needed connections and good heart in bringing the needed development to the area.

Special Adviser to the Minister of Transportation Rotimi Amaechi, Mr Lucky Omenka, who was present at the event, assured the people of the positive gains if they honestly give Enetimi Government the desired support.

In his response, the Burutu local government APC chairman Mr Moni Seikemiengha, appreciated Hon Enetimi Government for his decision to contest the Burutu Constituency two seat in the state house of assembly, assuring him of a level playing ground during the party primaries.

Others who spoke called on all to give Hon Enetimi the needed support, describing him as a man with the true wellbeing of his people at heart.