A group under the aegis of Isoko/Urhobo Unity Forum in collaboration with a pan Delta group, the Youth Arise and friends of Deacon Chris Iyovwaye, has purchased the expression of interest and nomination form for him to run for the gubernatorial seat in Delta State.

Presenting the governorship expression of interest and nomination form to the Deacon Chris Iyovwaye, Chief Hope Erute, a Chieftain of the People’s Democratic Party (PDP) and Leader of Isoko/Urhobo, the business mogul is the group’s choice for the 2023 governorship election.

The group before presenting the forms, matched from the entrance of the NPA Estate along the Airport road in Warri, Warri South Local Government Area, chanting solidarity songs

Accordingto Chief Erute, ,”It is with implicit confidence that these groups have made the call on you,Chris Iyovwaye that has moved them to purchase the form for governorship you to go and represent the good people of Delta State as the number one citizen.”

“The support is ordinary. The support is fundamental. Today, on behalf of Isoko/Urhobo Unity Forum and the Friends of Chris Iyovwaye all over Delta State we present this form to you to run for the 2023 governorship race.”

In his repones, the governorship hopeful, Deacon Chris Iyovwaye thanked the group for the gesture done him, saying that he is moved by the interest and concern the groups have demonstrated. 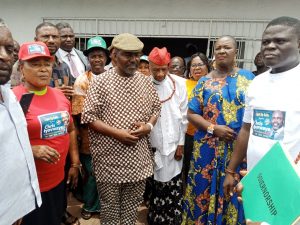 Deacon Iyovwaye who was flanked by his wife and members of his family said, “My people, I am profoundly grateful for this kind of gesture. It is not all the time that you see it that people will come together and say, look we are going to purchase this form for you. I will be eternally grateful. On behalf of my family, I want to say we’re grateful.” 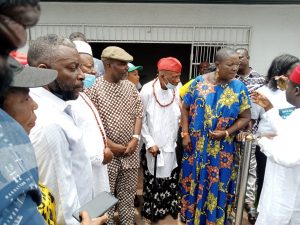 A cleric, Pastor Preye Foh in a chat with newsmen described Deacon Chris Iyovwaye as the most credible governorship candidate so far in the State saying that’s why they have come to persuade him to contest the governorship race in 2023.

He urged delegates to rally round and give their votes to Deacon Chris Iyovwaye at the forthcoming primary election. 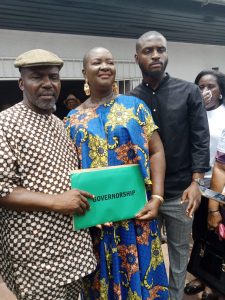 “Am an Ijaw man but I believe in Deacon Chris. Please let me tell you something. The bible say because there was no man to till the ground, there was no rain for 50 years until God sent a man and there was rain. If Deacon Chris becomes the governor, there will be rain in this State. There will be spiritual rain, economic rain, financial rain. We are going to work on our delegates.”

She said,”The stand for the women is total support. We have seen a principal that has qualities that no other aspirant has. He has the fear of God,he is a technocrat. He will turn Delta State around. It’s like what’s happening in Anambra State now. When you see Soludo, you know that there’s a change. That’s how when Deacon Chris Iyovwaye will emerge, there will be a Change in Delta State. So, the women are totally in support of him.” 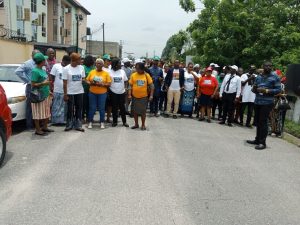 Prince Joseph Arubi Etche, an Itsekiri man who is from the three Warri Local Government Areas said,”This matter is not a matter of tribe or group of parties and what have you. It is the person who can deliver. Chris Iyovwaye is a very cerebral person. I have known him right from the business world. 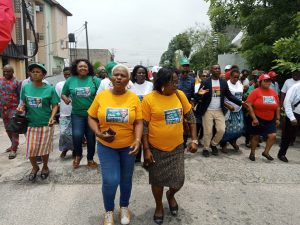