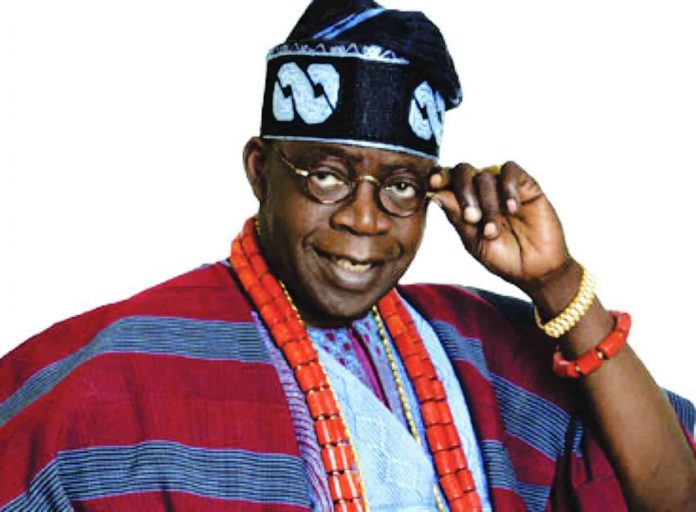 ……..Describes Him As Political Strategist

South Senatorial District candidate under the umbrella of the All Progressives Congress (APC), Hon. Joel-Onowakpo Thomas, has congratulated Senator Ahmed Bola Tinubu on his emergence as the Presidential flag bearer of the APC in the forthcoming 2023 general, describing him as a ‘political strategist and pillar of democracy showing political resilience in national and local politics.

In a statement by his Personal Press Secretary, Godday Odidi, Hon. Joel-Onowakpo said Bola Tinubu who was declared winner of the keenly contested APC Presidential Primary, held at the Eagle Square in Abuja, said Tinubu is truly the Jagaban of politics in Nigeria, adding that as one of the foundational pillars of the APC, he has built men and women in politics.

He noted that the emergence of Senator Tinubu was as a result of dint of hard work, stressing that the 1271 votes that gave him (Tinubu) victory was an indication of overwhelming acceptance of the man he described as a great politician who had touched lives across the length and breadth of the country.

He said Tinubu’s towering and intimidating political experience was enough quality that would send jitters into the spine of the opposition and reiterated that he was confident of a resounding outing of the APC come 2023.

“Your emergence brought political relief to our party that 2023 is going to be a contest between APC, PDP, and other political parties in Nigeria. On behalf of all my political supporters from the Delta South Senatorial district, I say a big congratulations to you, sir. We have confidence in you that the 2023 victory is secured.

Hon. Joel-Onowakpo specifically commmended the remarkable and unwavering leadership disposition of President Muhammadu Buhari, stressing that his leadership prowess saw the party organising a peaceful, transparent and acceptable presidential primary, adjudged the best in the history of Nigeria’s democracy.

In the same vein, Hon. Joel-Onowakpo congratulated all the aspirants who participated in the APC presidential primary and commended them for their display of maturity during the exercise.

He urged them to join hands with Tinubu towards repositioning the party to remain in power come 2023 and beyond.

He expressed gratitude to the delegates for making a sound decision, just as he praised the courage of the APC northern governors for the courage in speaking up and ensuring that they stood by their decision to have a candidate from the south.

He admonished party faithful to remain united and work for the victory of the party at all levels.