The All Progressives Congress (APC) candidate for Isoko Federal Constituency in the 2023 general elections, Dr. Sylvester Onoyona, has said that, the covenant he has with Isoko people is for “Job creation/ empowerment programme, 200 small scale businesses creation scheme per year, free money/ grant for women and businesses. 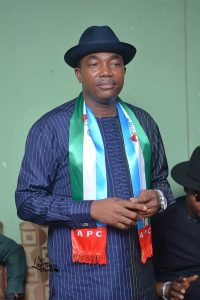 Dr. Onoyona stated this during an interactive session with journalists in his Country home, insisting he is passionately committed to human capital development and is poised to change the narrative and underdevelopment which the present  occupant of the PDP has plunged the people of Isoko nation into for the past 19years of wasteful representation in the Federal House of Representatives.

He restated optimisim of emerging winner at the 2023 House of Representatives election in Isoko nation, positing that, he will create 800 small scale businesses for his constituents in 4years to enable them be entrepreneurs and also to create employment for others if given the mandate come 2023 general elections.

Dr. Onoyona further pointed out that some of his programmes were aimed at creating job opportunities for youths,  women and men of Isoko nation towards alleviating poverty in Isoko nation and using public resources for the purpose it’s meant for and not enriching himself. 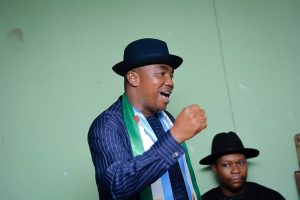 He said; “It is time for the Isoko people to think out of the box having experienced over 16years of underdevelopment from the PDP representation the good people of Isoko nation in the Green Chamber of the National Assembly. Isoko people should this time around vote for APC, because they have tested PDP and they have nothing to show for it.

“As a first timer in politics, my vision and ideas are different from others. This time around, we are embarking on door-to-door campaign (unu takor unu) in order to  ensure that we win next year election.

“We are going to engage our religious leaders and traditional rulers to help us talk to their subjects and preach to their members in order to win next year election and I am optimistic that we will come victorious by God grace.” Dr Onoyona added.