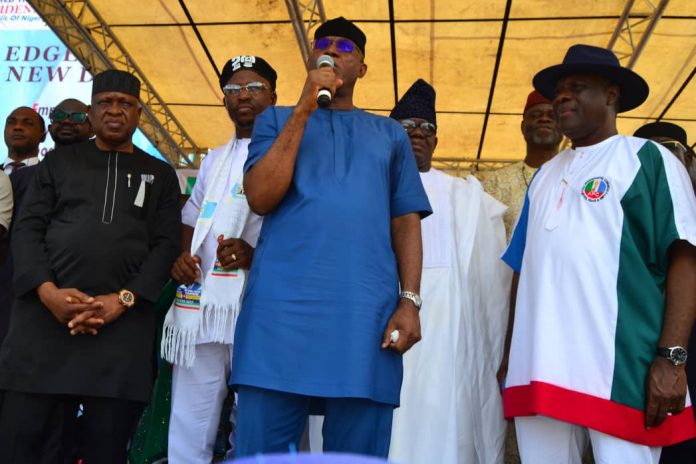 Speaking at the inauguration of APC Campaign Organisation in Asaba on Monday, Senator Omo-Agege lamented that the outgoing Okowa-led administration has held the state to ransome in the last seven years. 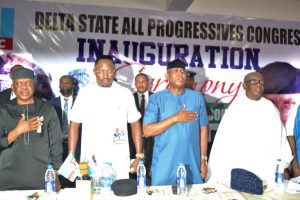 The governorship candidate assured that the APC administration in the State will establish a strong, resilient, inclusive and prosperous economy that generates opportunity, jobs and wealth, while lifting the masses out of poverty, through the implementation of people-oriented programmes and policies.

He lamented the humongous loans collected by Governor Okowa, pointing out that he is mortgaging the future of the state. 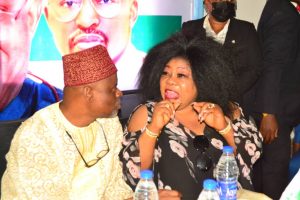 Inaugurating the body, Omo-Agege said: “We must take back our dear State from Governor Ifeanyi Okowa who with his cohorts, have held our state hostage. After over seven years of Okowa, one thing we all agree on is that there is a huge gap between the funds  Delta State received, generated and borrowed; even recklessly, and what Okowa’s government has done. This has left our state seriously undermined in so many ways that are too numerous to count. Okowa misused and wasted our hard-earned resources. And when the state ran out of funds, he embarked on a reckless borrowing spree, thereby mortgaging our future and those of our unborn children.

“We all remember what happened to Rt. Hon. Monday Igbuya when he dared to ask questions, when he tried to do his job and provide the checks and balances our Constitution demands. He was fired for trying to scrutinize executive actions as the legislature must do. And because power corrupts and absolutely power corrupts absolutely, we ended up with an uncontrolled state government that has since turned its back on the people of Delta State. 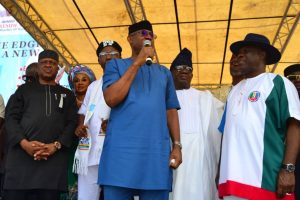 “It is common knowledge to all that the present ruling People’s Democratic Party – PDP in Delta has failed woefully in bestowing credible and visionary leadership to drive the yearnings of our people. In all development indices, Delta State under PDP cannot compete with neighbouring States in education, agriculture and quality infrastructure. This is a big shame for a State that had been a pace setter, first with our sister Edo, as Bendel, and even as Delta State since 1991. Delta State is the highest receiver of Federal allocation and 13 per cent derivation, yet, the State is also the second most indebted State in the country. The seemingly chaotic socio-political and economic environment in Delta State requires a leader with the necessary skills and knowledge, to work with a qualified team to address the systemic bottlenecks that have hindered the development of the State.

He stressed that APC’s manifesto seeks to rebuild and reinvigorate the state by tackling the scary rate of unemployment by prioritizing public investment in agriculture and tech-driven entrepreneurship.

He asked party members to cooperate with the campaign organisation, even as he called for unity and cooperation amongst party members.

This sentiment was also shared by the state party chairman and Co-Chairman of the campaign organisation, Elder Omeni Sobotie who assured that the list would be reviewed.

He called on Deltans to vote all APC candidates across board.