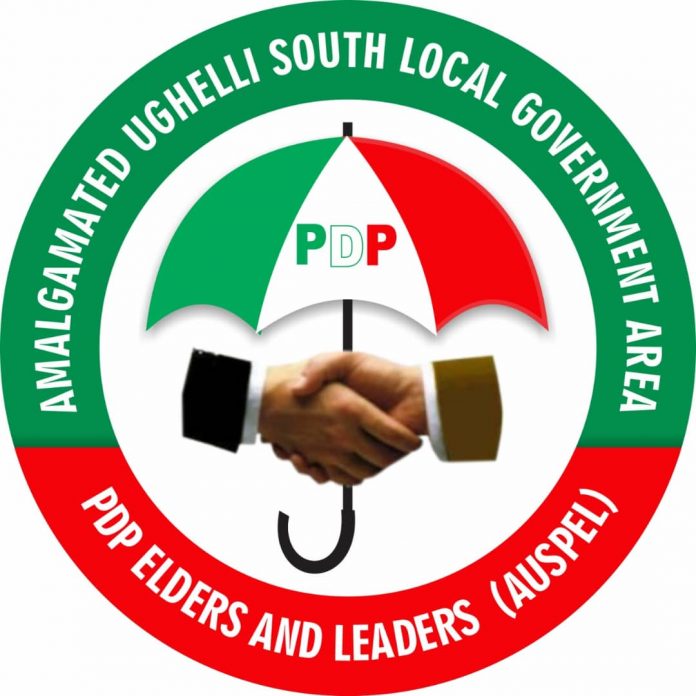 According to the Elders and Leaders, “what happened was that the meeting ended in fiasco when Chief Samuel Oghotomo was assaulted and presumed to have been killed.

“Instead of the LGA party chairman to condemned the act, he came up with a purported communique of vote of confidence and endorsement, which never occured because the meeting was inconclusive”.

The elders and leaders while condemning the attack on Chief Samuel Oghotomo who was invited for the meeting, stated clearly that the party chairman who was supposed to play an unbiased umpire to all PDP members, had constituted himself to a major player to some cabals who felt that whatever they decided was final in the party.

The Ughelli South Elders and Leaders Forum reiterated their resolve to follow Governor Ifeanyi Okowa and Vice Presidential Candidate of the party on critical decisions as it affects the party.

They called on party members who just registered for INEC PVCs to go to the office at Otu-Jeremi to pick their cards and vote for all PDP candidates, come 2023 general elections in the country.