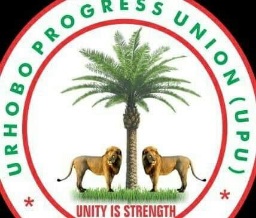 Okumagba who spoke to newsmen in Warri said it become very important for an indigene of the constituency to contest for the Delta State House of Assembly seat and not indigene of a neighbouring tribe, stressing that the current Chairman of Warri South Local Government Area, Dr. Michael Tidi declaring his interest to contest election under Constituency 11 for the 2023 Delta State House of Assembly (DTHA) remains unacceptable to the indigenous Urhobos of Warri.

He noted that Tidi’s declaring to contest for DTHA under Constituency 11 is a call for anarchy and crisis in Warri and environs.

According to him “Tidi’s declaration to contest under Constituency 2 remains condemnable and unacceptable to the people of Okere Urhobo Kingdom and Agbarha Warri Kingdom. It should be made clear to the general public that Urhobos of Warri was at loggerhead with the Itsekiris over the ownership of Warri metropolis until the Supreme Court judgment that put an end to the controversy in favour of the Urhobos”.

Okumagba who is also one of the leaders of South -South Zone said that the action of Dr. Michael Tidi is capable of igniting crisis in Warri metropolis as such the Itsekiri nation should call their son to order, urging them to stop him from nurturing the ambition to contest in Urhobo territory now and in future.

He also called on the Delta State Governor, Senator Dr. Ifeanyi Okowa, the Delta State Commissioner of Police and other security agencies to call Dr. Tidi to order to avoid imminent crisis that may erupt from his ambition to contest under Warri Constituency 11 of DTHA