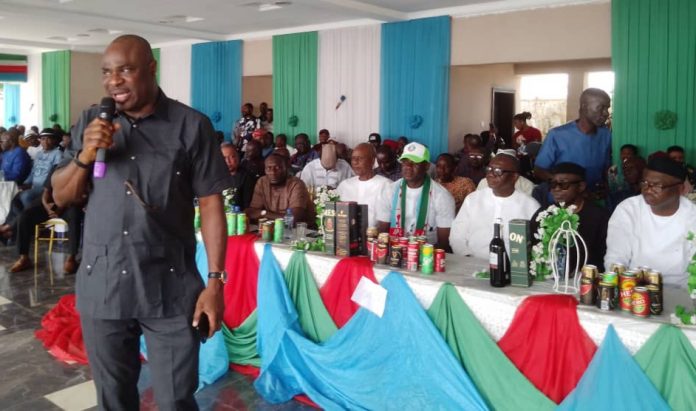 The All Progressives Congress (APC) in Delta State has assured all aspirants that bought the party’s expression of interest and nomination forms of free, fair and credible conduct of its primary elections. 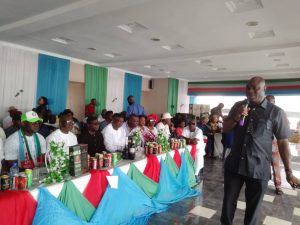 He said that, “APC is positioned and ready to take over Delta State. We are not going to compromise. We will ensure that APC win all elective positions across the state, most especially the Delta South Senatorial District seat.”

“For those of us who are sensitive in the spirit,  you will know that God has given us Delta State.  From what is happening on the other side, we will reap more people into our fold most especially now that so many people have lost in the PDP primaries that have been conducted.”

On his part, the Delta South Senatorial District Chairman, Mr Austin Oribioye, said, “I am so elated to see everyone of you in this auspicious gathering of APC today. Delta State APC has come of age and I wish all of us fruitful deliberation.”

While responding, APC Delta South Senatorial District sole aspirant waiting to be declared candidate,  Hon Joe-Onowakpo Thomas,  said, “The APC we have today is more united and hungry for victory. If you loose primaries as an aspirant,  you are already a candidate for an appointment.

“Please let’s jettison the idea of voting for only one candidate. A total win will give us room to benefit for various appointments. We must commit ourselves to it.”

They all commended the State Party Chairman,  Engr. Omene Sobotie, for the level playing ground and free, fair and transparent primaries which he has assured all aspirants, stressing that, they will work assiduously to give APC victory in the forthcoming election and take Dennis Osadebe House come 2023.

Responding on behalf of all the aspirants, Mr. Ekpoto Ekpoto Emmanuel, APC candidate,  Warri Federal Constituency, he expressed gratitude to the State Party executives led by the Chairman over the assurance to conduct a free, fair and transparent primaries, noting that,  they will maintain the highest degree of orderliness during the Primaries.