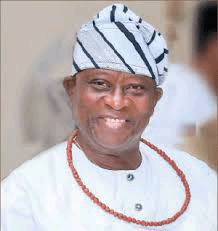 Despite the permutations amongst the major aspirants in the Peoples’ Democratic Party (PDP) on who should take over from the Executive Governor of Delta State, Senator Dr. Ifeanyi Okowa, come 2023, former Minister of Education, Olorogun Barrister Kenneth Gbagi, stands out as the most qualified person to occupy the number one seat at Dennis Osadebe House in the capital city of Asaba.

Olorogun Gbagi, never hide his intention to govern Delta State as he was the first to indicate interest as opposed to some who came as an after thought haven taken instruction from their god fathers. We don’t need a sooth sayer to reveal to us that Gbagi meant business as he has shown visible interest, demonstrated uncommon commitment, unprecedented zeal and zest and dedication to giving Delta State a face lift and frog-lift it from her present pitiable position nothingness to an industrialised State.

In his consultation visits across the length and breadth of Delta State, Olorogun Gbagi, unequivocally re-echoed his plan to industrialize the State and meaningfully engage the teeming unemployed youths roaming the streets of the state looking for other means of survival inspit of the enormous potentials that abound in both human and natural resources.

There is this popular saying that goes by: “the tast of the puddy is in the eating.” This summarily situate the position of Olorogun Kenneth Gbagi when he said he will industrialize Delta State. As an industrialist of high repute, we know he means business. He is not saying it like some of his contenders in the People’s Democratic Party (PDP) will do to win the heart of Delta delegates but he is coming from the vantage point of experience spanning several dedicades of meritorious success in private business both locally and internationally. 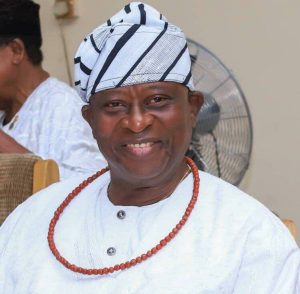 Many of his contenders have thrived on stolen public funds but this is a self-made business mogul who is moved by the determination, passion and love for the state to offer his wealth of experience free of charge to develop and turn around the misfortune of bad administration in the past to positively maximize the abundant potentials in the state to uplift the living standard of Deltans. Yet, the political thieves are working round the clock to deny a man who mean well for the state, the opportunity to serve. 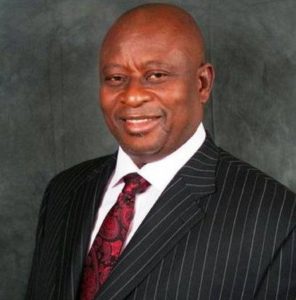 His vision for business development did not come because he want to govern Delta State. He has before now, domonstrated knack for business and Entrepreneurship. Infact, business runs in his blood. The testimonies are there for everyone to see.

As far back as thirty-four (34) years ago, even before the creation of the state, Gbagi, a renowned entrepreneur, built the Robinson Gbagi Shopping Malls (Plazas) 1 & 2. One is located at the popular Petroleum Training Institute (PTI) Junction, in Uvwie Local Government Area while the other is standing tall in the heart of the oil rich city of Warri, located conspicuously by Deco Road in the ever busy Okumagba Avenue. These he did without premonition that he will one day, vie for the governorship position in the state.

Why is the political class in Delta State afraid of Gbagi? Why is the political class being intimidated by Gbagi’s towering profile? Why is it that the mere mention of Olorogun Kenneth Gbagi sends jitters to the spine of Delta politicians? It is obvious that Gbagi’s exposure, connection, wealth, amongst other of his virtues, are already dwarfing the local political champions in the state. Could it be that there is something they are hiding from Deltans that they don’t want Gbagi to courageously and boldly expose when he steps into office?

These are the questions people must ask those who are working day and night to smear the hard earn reputation of a man that commands respect globally. It is crystal clear that the saying that a prophet is not honoured in his home town is playing out. But I wish to assure Olorogun Gbagi that the God of justice, equity and fairness will speak for him through the delegates come May 23rd, 20022, like He will always do for the tailless cow.

However, Deltans must rise up to challenge the political class and polithiefians by standing by Olorogun Gbagi as he remains the only man with the magic wand to deliver the state from political thieves who have continued to steal and fleet our common patrimony from holding on to their ignoble trade. 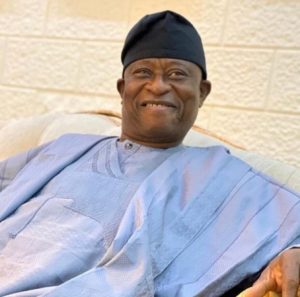 Is politics a trade or profession? Ask those who are contending with Gbagi what they do for a living and they will tell you they are politicians. What else do they do, nothing. Their quest to govern Delta is not for any other reason but to continue to hold on to power, enjoy the paraphernalia that comes with political office, steal our common wealth and leave us underdeveloped.

What does it take to be governor that Deltans cannot find in Olorogun Gbagi. He has the educational qualification. His international exposure is unequalled. He is an investor. He is a successful businessman, international lawyer and a self made philanthropist. His political experience which translated into tremendous successes during his time as education minister is anothe advantage that Deltans must not trade on the alter of mediocrity and godfatherism.

As a minister of education, he supervised and midwifed the creation of 13 Universities, including Federal University of Lafia and eight Federal Government Colleges,16 Colleges of Education and 14 Polytechnics.

With his wealth of knowledge, he restructured the workings of agencies such as UBE, WAEC and NTI, and spear-headed the policy of using minimum of 6-credits in WAEC at two-sittings to be eligible for admission as opposed to the infamous one-sitting or nothing.

He was Chairman, Board of directors of the Delta Development and Property Authority where he also brought his wealth of experience to bear.

A successful legal luminary, Gbagi was former Chairman, Governing Council, Legal Aid Council of Nigeria, where his primary occupation was the restructuring of the Criminal Justice System, prison reforms and training of lawyers and countless positions with positive outcomes.

In the history of Delta State, Gbagi remains unarguably, the most successful private investor that has boosted the economy of the state for the betterment of citizenry through his industries and investments. Evidence abound to this fact and it will be suicidal for Deltans to allow power to remain in the hands of professional politicians and political gamblers.

One would have expected the Okowa administration and the PDP in the state to allow him be the standard bearer of the party with comperative advantage to his credit as a man with high connection locally and internationally.

Let the leadership of the PDP in Delta state be reminded that APC is determined more than ever before to wrest power from PDP in the state and any attempt to field an unpopular candidate may spell doom for the party come 2023.

We are all aware that rigging has been the stock of trade of the PDP. But let it be known that it won’t be business as usual. The innovation and ingenuity of the Independent National Electoral Commission (INEC) which has brought about upgrading of facilities for voting come 2023, may not give room for such brazen display of arrogance and impunity in rigging deployed in previous elections by the PDP in the state to Rob Deltans of their franchise.

It is only instructive therefore, for Delta State Chapter of the PDP to deploy common sense and allow a man in the person of Olorogun Kenneth Gbagi, to fly the flag of the party come 2023. The reasons are simple: Gbagi is fearless, bold and courageous. He has the capacity, credibility and experience. Above all, PDP will spend less to prosecute the election as he has the financial muscle to single handedly shoulder the responsibility of financing the exercise.

Gbagi has the capacity to govern Delta State as he is the change agent that can promote and accelerate the development of the state. His courageous and fearless disposition will empower Gbagi to vetuperate when in tight corner. He has the capacity and carriage to challenge any situation that may pose danger to the state progress in the comity of states.

Some quarters have said that Gbagi cannot be controlled by the political godfathers in the state, hence their unwillingness to field him as the standard bearer. Another issue that is almost working against Gbagi according to some residents of Warri is that he is allegedly wicked and does not pay his workers.

Gbagi had severally at different foras provided answers to this allegation obviously propounded by political opponents to tranish the unblemished reputation he had struggled to build over the years. He has even placed a prize tag of Ten Million Naira (N10M) to be paid to any one that will come out to say I worked for Gbagi and he did not pay me. Nobody has come up to say yes, I am one of those that worked for him and up till now he has not paid. None has come. Is this not enough reason that they are all propaganda to smear his image, Character and reputation?

We need a courageous and bold Governor who can look at the godfathers in the face with respect and tell them the common interest of Deltans and development of the state will be placed first above individual or personal interest. Gbagi is bold, fearless, focused, courageous and undestractable. As a goal getter, he will stop at nothing towards making due his campaign pro ises to Deltans. He is an investor and enterprising.

With enormous resources as an oil producing state, growing internally generated revenue and huge federal allocation, Gbagi, has what it takes to revert Delta from current 4th most indebted state in Nigeria with a total debt of more than N272.03 billion.

If elected governor, Gbagi, has promised to focus on the emancipation of our youths, industrialization of the state, quality development, good governance, enthronement of rule of law and justice, enduring peace and security in Delta State in which you would find your lost item(s) if any.

When it comes to the imperatives and challenges of development in Delta State, Deltans should bet on Olorogun Gbagi, that has delivered in the past in the aforementioned positions he occupied.