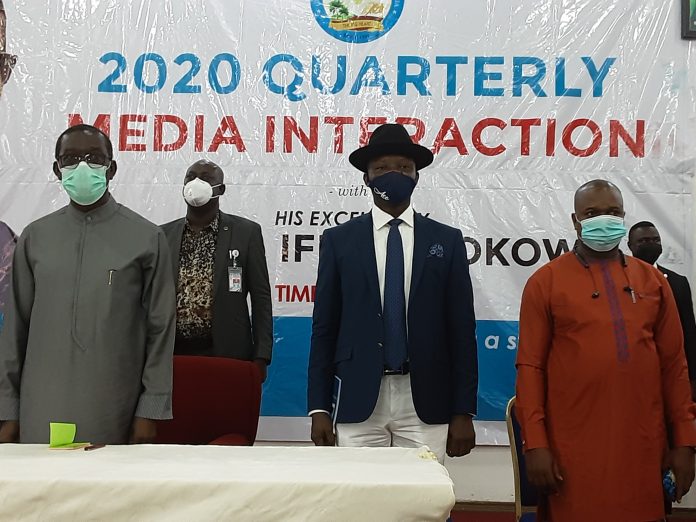 Members of Warri Correspondents Chapel,  Nigeria Union of Journalists  (NUJ) Delta State Council,  have passed a vote of implicit confidence on the Chairman,  NUJ Delta State Council,  Comrade Michael Ikeogwu,  describing him as dogged leader who has creditably manage the affairs of the union.

The vote of confidence on Comrade Ikeogwu is contained in a communique issued at the end of Warri Correspondents Chapel meeting held on Thursday, January 6, 2022, at the Press Centre in Warri, and signed by Comrade Victor Okpomor and Comrade Dele Fasan, Chairman and Secretary  respectively.

According to the Communique, “The Chapel notes with particular interest the recent attacks on the person of Comrade Michael Ikeogwu, the NUJ State Council Chairman by some members of the Union with intent to pitch the council chairman against officials of the Delta State Government.”

“The Congress urged members to restrain themselves from acts capable of causing disaffection between officials of the Delta Government and the entire members of the NUJ Delta State Council, rather they should engage themselves in endeavours that will promote unity and cordial relationship among members.”

“The Congress therefore, passed a vote of implicit confidence on the Chairman of the Delta State Council of the NUJ, Comrade Michael Ikeogwu who is a member of the NUJ Warri Correspondents Chapel for his dogged leadership in managing the affairs of the council.”

The congress also passed a vote of confidence on the Delta State Commissioner for information, Mr. Charles Aniagwu, as well as the Chief Press Secretary to the Delta State Governor, Mr. Olise Ifeajika for harmonious working relationship with practicing journalists in the State.

The Congress commended His Excellency, Senator, Dr. Ifeanyi Okowa, the Governor of Delta State, for his efforts at developing the state and charged him not to relent in his determination to finish strong.

According to the communique, “Congress called on the Delta State Government to use the opportunity of the dry season to complete all ongoing projects in Warri, Effurun and environs especially drainage and road projects, as well intervene on failed portions along Airport Road, Effurun Roundabout, 1st Marine Gate, Jakpa Junction, Enerhen Junction, and Ogunu By-Pass.”

“The Congress also called on the Delta State Traffic Management Authority (DESTMA) to wake up to its responsibility by ensuring smooth flow of traffic within Warri and it’s environs, particularly, Effurun roundabout Enerhen Junction and Jakpa Junction where traffic gridlock is causing serious pains to motorists and commuters.”

“Conclusively, the Congress further called on political gladiators in Delta to be mindful of their utterances and actions to avoid pitching one ethnic group against the other ahead of the 2023 general elections in the State.”