The immediate past Commissioner for Higher Education and commissioner designate in Delta State, Prof. Patrick Mubuoaghare, has visited the Delta State Council of the Nigeria Union of Journalists (NUJ) with a promise to ensure a robust relationship with the union in the state.

Prof. Mubuoaghare stated this at the temporary press centre of the union in Asaba, the state capital.

Prof. Mubuoaghare, who had earlier appeared on the Delta State Broadcasting Service television (DBS), Asaba station, in a programme on “The Three New University in Delta State” with the Chairman of the NUJ in the state, Comrade Michael Ikeogwu, said that the alleged misunderstanding between him and the leadership of the union in the state was orchestrated by sensational publications on the planned module to manage the new universities by some newsmen in the state. 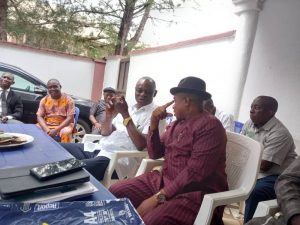 He said that there was the need to continue to interface with the union to ensure that the public was not misinformed about the objectives and management of the three new universities in the state, adding that the main reason behind the establishment of the additional universities was to open up more doors of admission to qualified Deltans for university education in the state.

He said that each of the three new universities was strategically situated in each of the three senatorial district to ensure even spread in the state, adding that what nearly rocked the robust relationship between him and the union over the establishment of the additional universities in the state was traceable to communication gap, adding that he was quite media friendly and would continue to tap from the immense benefits of not only being once a union leader, but a beneficiary of publicity beam light of journalists on him in the country. 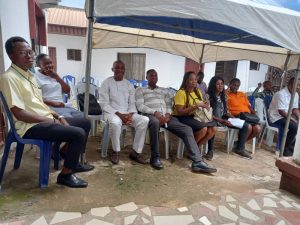 The former Chairman of the Academic Staff Union of Universities (ASUU) in Nigeria, Delta State University, Abraka, enjoined journalists to continue to perform the onerous task of analysing issues and publicising such with utmost sense of commitment, decorum and ethical consciousness of the Journalism profession. 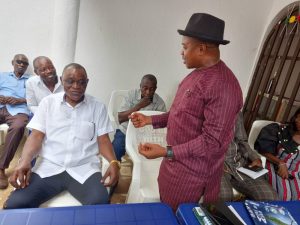 He used the occasion to appreciate the state governor, Senator (Dr) Ifeanyi Okowa, for renominating the professor for a fresh appointment as a commissioner in the state, adding that it was unfortunate that a constructive criticism and innocuous statement of the council about the new universities in the state was blown out of proportion, almost rocking the relationship of the union with the erudite scholar.

The chairman maintained that the state government took the right decision in establishing the new universities, adding that what caused frayed nerves was the alleged privatisation of the institutions which the union frowned at, even as he expressed happiness with the knowledge that the state government was committed to ensuring the best management of the new institutions for a better transformation of university education in the state. 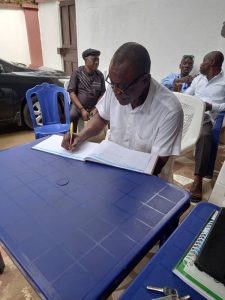 Comrade Ikeogwu maintained that the union would continue to partner with Prof. Mubuoaghare in whatever capacity he was drafted to serve in the Governor Okowa Administration in Delta State.

Present at the happy reunion were many members of the union, including the Vice Chairman of the council, Comrade Ogono Salvation, Comrade Osita Biose, Mr. Dennis Medi, Special Assistant on Media to Professor Mubuoaghare; Comrade Ken Obieh, Chairman, Ministry of Information Chapel of NUJ in the state and Comrade Pat Gbemudu, Chairman of NAWOJ, Delta State, among very many others.pr 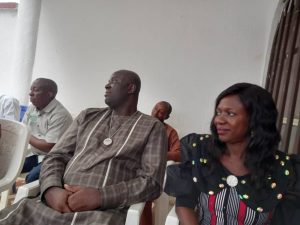