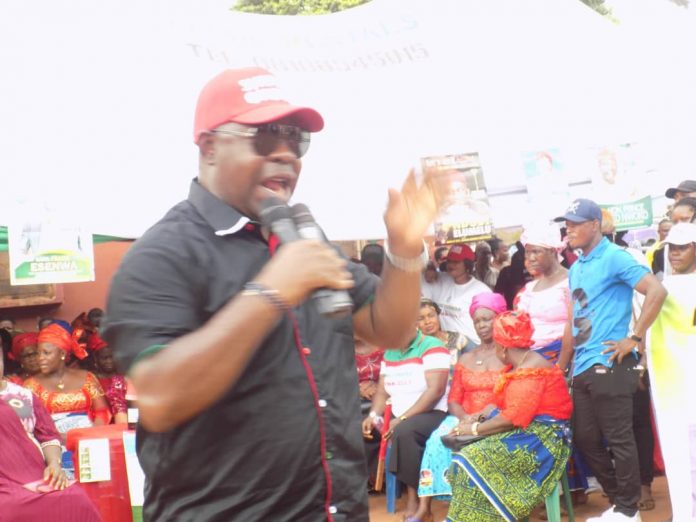 THE Deputy Governorship Candidate of the Peoples Democratic Party, PDP, in Delta State, Chief Monday Onyeme, has said that with Alhaji Atiku Abubakar and Governor Ifeanyi Okowa in the race as the Presidential and Vice-Presidential Candidates of the PDP respectively, there is hope for better future for Nigerians.

Speaking at the PDP ongoing Ward-to-Ward campaign rally at different Wards at Ibusa, Oshimili North Local Government Area of Delta State on Monday, Chief Onyeme, observed that wrong economic policies and overall bad leadership of the All Progressives Congress, APC, has crippled Nigeria and Nigerians are in a haste to vote for the PDP.

He said, “we can no longer afford to buy rice because it is expensive, we can no longer send our children to school because school fees are beyond our reach, are we going to continue like this? (the people chorused, NO.) 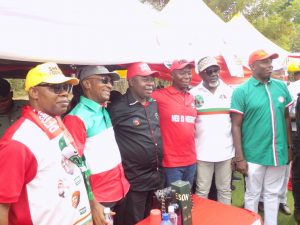 “For the first time a Deltan is going to be our Vice-President and that is enough for all of us to vote for all the candidates of the PDP.

“Atiku and Okowa will rescue Nigeria from hunger, from insecurity, from the bad government of APC; APC is a Government we should vote out because, it is a bad Government, an expired Government.”

Prince Ned Nwoko, Rt. Hon. Ndudi Elumelu, Hon. Frank Esenwa, reeled out what they will do for the people working closely with Rt. Hon. Oborevwori as Governor and Governor Okowa as Vice-President.

The Secretary to Delta State Government, Chief Patrick Ukah, stated that the PDP-led Government have done so much for the people and that they will show their appreciation with their voters cards in the 2023 elections to enable them to continue to enjoy the goodies provided by democracy.

The Chairman, of Delta North PDP, Elder Moses Iduh, had said the rally was to let members of the party work hard to ensure 100 percent votes for all the candidates of the PDP in the 2023 general elections.

Chief Godwill Obielum and Chief Nkem Okwuofu were some of the dignitaries at the rallies.